Preparation is Key to Success for Tech Programs 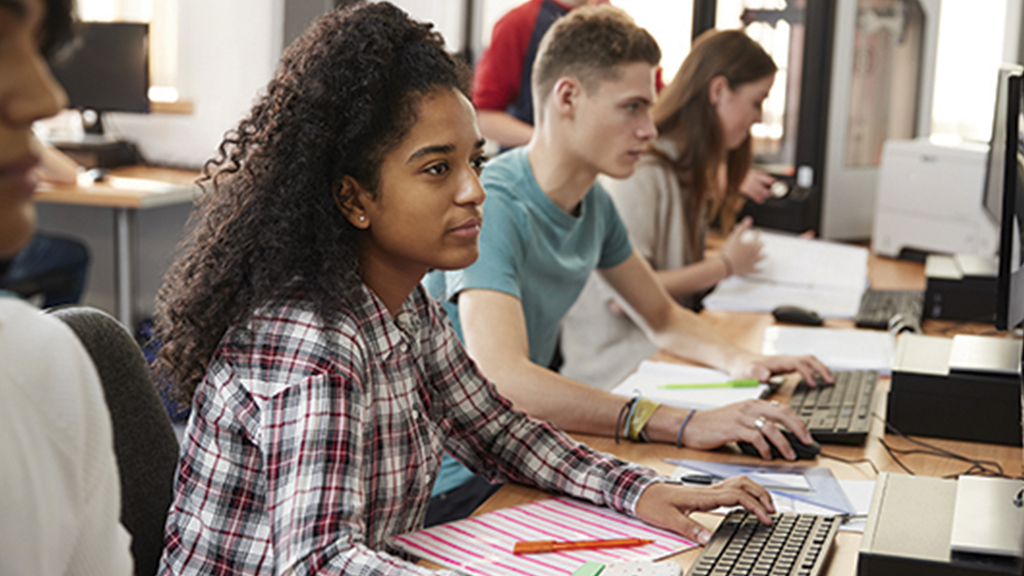 Almost 20 years ago, I visited a 40,000-student school district outside Richmond, Virginia, that had leased 23,000 laptops, giving one to every middle and high school student and teacher for use at home and at school.

The Henrico County Schools project, known as the iBook Teaching and Learning Initiative, was the largest one-to-one undertaking of its kind by a single district. It also was a lesson in both the perils and benefits of jumping headfirst into uncharted territory.

Every measure of success — increased student and family access, up-to-date instructional material, improved interaction and engagement by students and teachers — was countered with the bumps that come from being the first. Among them: security issues, inappropriate usage, maintenance problems, and a shortage of bandwidth. There also was the question of cost: almost $20 million over four years for the computers alone.

Today, one-to-one technology initiatives are far more common — though not standard by any means — in school districts. And districts have learned some worthwhile lessons from those who went before them, lessons everyone should heed if they decide to dip their toes into such an enormous undertaking.

“It’s all about communication,” says Annmarie Lehner, chief information technology officer for New York’s Rochester Public Schools, which started work on its one-to-one program in 2013. “We started our initial planning for our program five years ago. We are almost done, but we’re still out there promoting this. It’s a lengthy process if you want to do it right.”

Mark Edwards was the superintendent in Henrico County when I visited there in 2002, the year after the district implemented its one-to-one initiative. The program was controversial, and Edwards knew it. But he also knew the opportunities the initiative gave students, and every opportunity pointed to better academic results.

Edwards has been proven right many times over, but he learned some lessons as well. In 2007, after leaving Henrico County, he moved to North Carolina’s Mooresville Graded School District and put in a one-to-one computer program that led to huge increases in test scores and graduation rates. This time, he had total buy-in from the school board and community leaders, and the district’s implementation went much more smoothly.

When Rochester started on its one-to-one computer initiative, the district knew that taking it slowly was the way to go. Lehner says they also knew academics and technology had to be on the same page from the start.

“The key for us has been to bridge the gap between academics and IT,” Lehner says. “There’s so much going on that it has to be in alignment. It’s been difficult because, in any large organization, it’s hard to bring everyone together. You’ve got funding coming from different areas. It’s hard to change past practices.”

Thanks to New York’s 2014 Smart Schools Bond Act, the district received $47.2 million from the state to upgrade its infrastructure. But that was only one part of the process, Lehner says.

Lehner says the district developed an online professional development plan for teachers that was supported by the union. Meetings were held with administrators, the school board, and all academic departments to “get everyone on the same page.” An interdepartmental digital curriculum focus group meets every two weeks to discuss progress on the initiative.

Externally, Lehner’s staff also has spoken at community and parent meetings and met with student advisory councils to hear concerns, primarily around security. The district’s communications department developed a social media campaign and plan around the initiative. Daylong digital citizenship sessions are held for nearly all fifth-grade classes at the central office.

Rochester’s students currently are not allowed to take the devices home, in part because many do not have online access. The district is working to get grant funding for citywide wireless access, and Lehner says she hopes devices can go home with students in 2019-20.

“Everyone has been comfortable with this once we’ve gone through it with them and explained what we’re trying to do,” she says. “Part of our push has been to tell our parents that they have to keep the kids accountable. We’re trying to involve everyone in taking shared responsibility for this.”

The same approach has taken root in Portage Public Schools, an 8,600-student school district outside Kalamazoo, Michigan, that has started implementing a one-to-one program for grades six through 12.

Dan Vomastek, Portage’s technology director, says the district “studied so many other one-to-ones, both successes and failures, that we felt we had a great handle on what to expect and how to handle the problems we were likely
to face.

“We targeted the community as a whole with a general overview of the program, outlining why we felt it was important and a good investment of taxpayer funds,” Vomastek says. “We had more targeted conversations with parents which focused on program logistics and timelines. We also spent a lot of time talking with and training our teachers on the impact the one-to-one would have on their classroom and instruction.”

In 2015, voters approved a bond issue that provided funds for infrastructure upgrades and the purchase of Chromebooks. Students in every classroom in grades two to five have used laptops in class since 2016-17, and the district has spent the past 2.5 years rolling out the computers to students in grades six to 12.

Continued communication will be required for the program to sustain itself, Vomastek says. Unless the district goes out for another bond issue, replacement funds will have to be put into the operating budget. The district also has added 20,000 devices to its network over the past decade without an increase in staff.

Because communication has been ongoing, Vomastek says the district has not received a lot of complaints about the program, noting concerns have been raised about filtering the devices when students take them home. Parents can submit various websites for review by the district.

“It has renewed the debate over where we draw the line over what to filter and what not to, but I see that as tangential to the one-to-one program overall,” he says. “About half want more filtering and the other half want less.”

Given technology’s omnipresence in society and schools today, these concerns will never fully go away. But districts are proving that with thoughtful planning and ongoing communication, plus professional development and dedicated resources, one-to-one programs can make a difference for students.