Like most school administrators, David Aderhold has spent the last several months at home, participating in Zoom meetings and asking lots of questions about educating children in a pandemic world. And like his fellow administrators, the superintendent of New Jersey’s West Windsor-Plainsboro School District has found the growing list of questions only brings more questions.

“From a systemic standpoint, this is all-encompassing,” says Aderhold, who also serves as president of the Garden State Coalition of Schools, a statewide advocacy group of parents, administrators, and school board members. “I don’t sleep much, and when I do, I don’t sleep well. This keeps me up at night.”

Since mid-March, when school buildings abruptly closed and districts moved to distance learning due to the COVID-19 pandemic, board members and administrators have been developing scenarios for reopening this fall. But, amid concerns about learning loss, equity, and the physical and emotional toll the pandemic already has taken on children and staff, a new problem has emerged: the reality of severe budget cuts that further threaten the reopening of classrooms.

“The financial piece of this will impact everybody, because two things are occurring simultaneously, and both are huge,” says Michael Griffith, senior researcher and policy analyst at the Learning Policy Institute. “You have an economic downturn in most states that is worse than what we saw during the Great Recession. On the other side, you’ve got the increased cost because of the virus that everyone is still trying to get their heads around. And in each case in each community, it’s going to be different.”

Educators are used to dealing with a series of complicated unknowns, but the pandemic presents a rash of extraordinary challenges no one could have expected. Broadly speaking, districts are approaching the 2020-21 school year with an open mind and a wait-and-see attitude.

Some districts in less affected areas likely will return to brick-and-mortar schools. Others will opt for a blended approach, combining time in classrooms with some form of distance learning. In districts with a high risk of virus exposure, school buildings likely will remain closed. Distance learning will continue, despite concerns about its effectiveness in communities where internet access is limited. 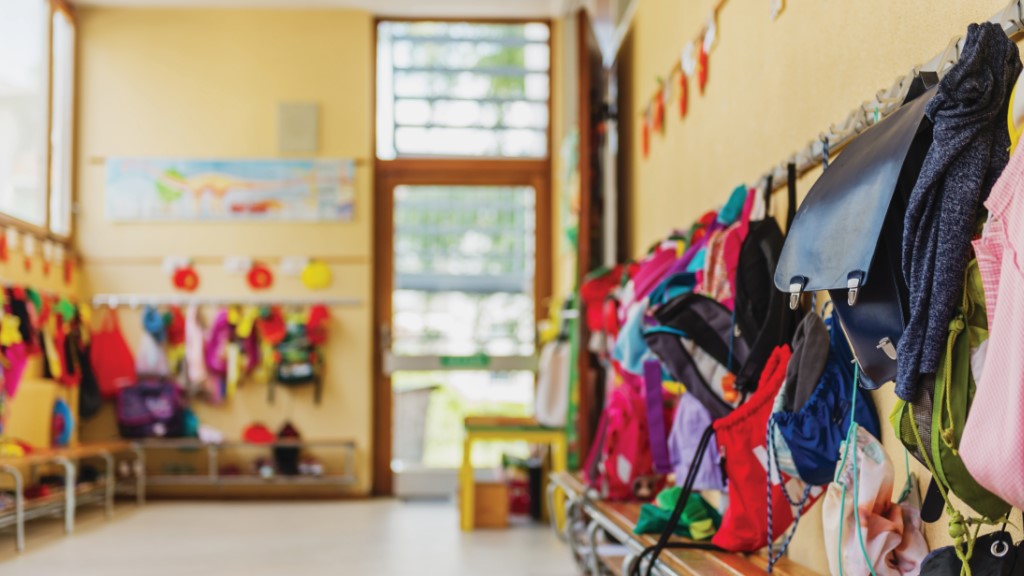 Over the summer, as pressure to return to “normal” accelerates, school leaders also will have to answer questions about resuming extracurricular activities such as sports and the performing arts. Beyond the financial quandary states face, districts still have few if any answers about their liability if an outbreak is directly linked to a school. With the potential for another spike in virus cases in the fall, districts also must deal with the fears and concerns of parents and staff about reopening campuses.

As Denise Juneau, superintendent of Seattle Public Schools, said in a June webinar, “We are only managing risk. We can’t prevent risk. And that’s where the anxiety comes in.”

The first concerns, of course, are health and safety. Like others, the medical community is wary about schools resuming, even though the coronavirus so far has been shown to affect children less often and less severely than adults. However, officials say the great unknown is whether children who are infected and asymptomatic can pass it on to their classmates, teachers, and other family members. Research is not expected to say so conclusively until at least December.

Dr. Anthony Fauci, director of the National Institute of Allergy and Infectious Diseases, says the decisions to reopen schools will depend on infection rates in each district. However, he told CNN in mid-June, it should not be necessary to keep all schools closed.

“Children can get infected, so you’ve got to be careful,” he said. “Now, to make an extrapolation that you shouldn’t open schools, I think, is a bit of a reach.”

Another tricky point for schools is dealing with parent and staff fears about returning to classrooms. According to a national poll conducted by USA Today and Ipsos, one in five teachers say they likely won’t return to school if classrooms reopen this fall, and separate polls of parents show 30 percent to 60 percent would rather have their children stay home.

Alberto Carvalho, superintendent of Florida’s Miami-Dade County Schools, says his district—the fourth largest in the U.S.— has a good gauge on what parents want for their children. More than 110,000 parents—representing more than 40 percent of the district’s students—responded to a survey in late May. They were as divided about the reopening options as the rest of the country.

According to Carvalho, about 35 percent of parents in Miami-Dade “want to or need to send their children to school every single day.” Another third said they were hesitant about returning to classrooms in August due to confusion “about the mixture of scientific fact and data with political opinions about the crisis.” Parents of very young children, he says, want a blended model with alternating schedules that allow for social distancing.

Juneau said during the same webinar that she is concerned about making sure “adults in our system feel safe about coming back.” The district, which struggled to roll out its distance learning program in the spring due to a lack of device and Wi-Fi access, is holding online summer school with limited in-person instruction for high-need students.

In New Jersey, an epicenter state where 165,000 COVID-19 cases were reported between March and May, Aderhold says schools “must prepare a multiple scenario approach” and be “hyper-focused on safety” for students and staff. He notes that families still will be grieving in the fall—two of his staff members have seen nine relatives die from coronavirus—and there are “more stressors sitting on top of that.”

“I don’t see where we’re back to any sort of normal opening in the fall,” he says. “To adhere to the guidelines as they are today, we don’t have the staffing, funding, or protocols in place that are going to be necessary. Without final guidelines from the state, and some answers on funding, we can’t ask and answer the ‘what if’ questions with any certainty. What we should be doing is doubling down on what fall looks like, and we’re still dealing with the unknown.” 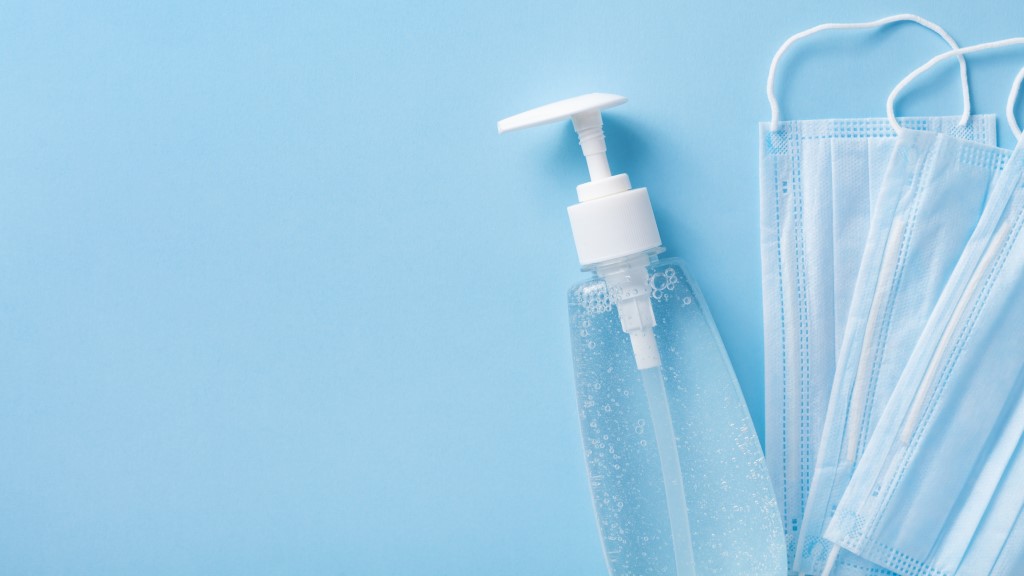 In May, with no word from the governor on New Jersey’s reopening plans, Aderhold started reviewing what other states had developed and added questions to his ever-growing list. By mid-June, the number reached 300.

“One thing is consistent,” Aderhold says. “When you insert children into any scenario, that’s when things become problematic.”

Also problematic is determining who will foot the bill for what’s needed to ensure a safe reopening. With most states projecting huge revenue shortfalls due to the pandemic, layoffs are likely inevitable without additional federal funds. And that comes at a time when school leaders say they need more financial assistance just to reopen campuses.

Griffith estimates $41 billion will be needed to pay for pandemic-related items that would allow students to come to school and remain socially distant. Those items include masks, cleaning supplies, handwashing stations, thermometers, and additional money for transportation and utilities.

The Association of School Business Officers International and AASA, The School Superintendents Association, issued a report in early June that says the average school district will have to pay $490 per student to reopen schools. For an average-sized district—described as one with 3,659 students, eight buildings, and 329 staff—that total comes to almost $1.8 million.

Deborah Gist, superintendent of Oklahoma’s Tulsa Public Schools, was serving as Rhode Island’s education commissioner during the last recession from 2008-11. She notes that Congress invested more than $100 billion in education during the economic crisis, but—as of early June—had only spent $13 billion.

“We have multiple crises occurring in this country right now, a public health crisis, an economic crisis, a mental health crisis, and an education crisis,” Gist says. “We have to be advocating for another investment in education that is at least equal to the crisis we had 10 years ago.”

“When we talk about budget stuff, we know what budget cuts look like because we’ve been through this before,” he says. “But none of us have been through a budget cycle when dealing with a virus. That’s what makes it so hard to get your head around.”

Timing also plays a role. When the pandemic hit in mid-March, 30 of the 50 states had passed their budgets. As the other 20 legislatures scramble to put spending plans in place, states with approved budgets are going back to look for cuts due to drops in sales and income tax revenue.

“I feel like a crazy street preacher trying to get everyone to realize the end is nigh and to realize what’s happening because the time to make plans is now. Making cuts is never going to be easy, but it’s much easier to do before the school year starts rather than during the school year,” Griffith says, noting that schools likely will be forced to cut expenses “to the bone.”

Following the 2008 recession, Oklahoma led the nation in per-pupil cuts in education funding for five consecutive years. In 2019-20, state funding remained 15 percent below its 2008 pre-recession level, even after the legislature increased aid by 19 percent per student when teachers staged walkouts over low pay.

“Think of it this way: COVID-19 was the earthquake, and the rest of the crises are tsunamis coming one after another,” Gist says. “The investment we make in these kids is urgent and absolutely necessary. There are too many variables that they will be facing for us not to do something.”