For a number of years, I have been honored to be invited by the American Association of School Administrators to serve on the Blue Ribbon Selection Committee for its National Superintendent of the Year® program. The task of the panel is to review detailed applications from state superintendents of the year, all of whom are doing impressive work in their districts. So, deciding initially who the four finalists should be, and then naming one of them as the National Superintendent of the Year, is not easy given all the talent involved. (Yet, it also would be impossible to make a bad choice!)

This is a time-intensive activity, but it really is a labor of love. It allows me to immerse myself in the efforts of incredible leaders, to learn what is working in their schools and, equally important, to understand what they needed to do to realize those achievements. In going through this process again recently, it became clear to me that, despite vast differences in the sizes and descriptions of the districts involved, the stories I was reading had several characteristics in common. These high-performing school systems all are:

Student-centered. Successful districts are singularly focused on achievement for every student—no exceptions and no excuses. They do not write off any child, nor would they suggest that students’ personal or family situation should explain why they cannot meet their full potential.

Undeterred. The highest-performing school systems do not fall into success: They work hard to achieve it. This calls for complete candor about the schools as they exist and what needs to change. It requires the willingness to confront bad news head-on—to be open about identifying areas of poor performance and to developing strategies to correct them. These districts monitor their efforts regularly and adjust accordingly.

Unencumbered. Money is a challenge for most districts. Rather than citing a lack of resources as an excuse for poor achievement, the highest-performing districts make creative use of what they have and build the case for obtaining more. The public will support increased school spending if the reasons are clear and the promised results materialize.

Innovative. School districts are creations of state government, which means they are subject to its laws and often highly prescriptive regulations. Some local school leaders bemoan these factors for limiting their options. However, the ones effecting real change view these regulations as a platform on which to design and construct their own systems. This may involve pushing the envelope, as innovation does not happen without trying new things. Aversion to risk is the greatest impediment to meaningful reform.

Resilient. Climbing a mountain never involves following a straight path and often produces a few stumbles along the way. Changing how schools operate requires clarity and adaptability, shifting course as obstacles arise but not changing direction. If improvement efforts don’t translate into sustained action, then they are certain to fail.

Team-based. Success rarely is a singular accomplishment, especially when moving an organization as large as a school district. This means the superintendent and the school board must have a common vision and a collective commitment to achieving it. School employees, business and community leaders, parents, and others need to be engaged in the work, as well as be able to share credit for positive outcomes.

These are the attributes of the most successful school systems. If they were the criteria for an award, would your district qualify? 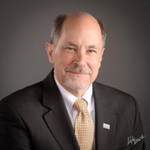