Atlanta Public Schools Board Member Erika Mitchell was on a site visit to Georgia’s Fulton County Juvenile Court to gain a better understanding of what happens to district students in the juvenile justice system. She was meeting with staff and mental health providers when the conversation turned to child sex trafficking. “I had no idea,” says Mitchell, who learned how high school and middle school students in Atlanta, and in her district, were victims of sex trafficking.

Sharnell Myles, a licensed psychotherapist and clinical trauma specialist, explained that what is officially known as Commercial Sexual Exploitation of Children (CSEC) or Domestic Minor Sex Trafficking (DMST) refers to the exploitation of minors for sexual services such as prostitution and pornography. Through coercion, manipulation, or force, vulnerable students who become trafficking victims often do so “as a means of survival for food, clothing, money, or shelter,” Myles says.

Red flags that students are being harmed may include marks on the body indicating abuse or restraint; signs of having been deprived of food or sleep; dramatic changes in behavior, appearance, or dress; or visible branding or new tattoos.

In all cases, this is a form of child abuse in which minors—girls as well as boys, straight as well as LGBTQ—are recruited, groomed, and exploited, says Myles, who directs Atlanta’s JoyUs Beginnings Child & Family Wellness Center and The Urban Trauma Positive Impact Center.

Mitchell was particularly surprised to learn that “peer recruiters” for trafficking activities can be found operating in schools, and that victims often continue to attend school whenever possible, viewing it as a “safe haven where they can eat, sleep, and find some protection.” At night, however, “they do whatever activity they were recruited to do.”

To protect its vulnerable students, the Atlanta School Board joined a growing number of districts across the country that have adopted policies, protocols, and programs designed to raise awareness and expand education about the commercial sexual exploitation of children.

“Identification of victims is difficult because they don’t initially self-identify,” says Myles, who co-wrote with Mitchell Atlanta’s protocol and policy adopted in 2018. They led a presentation on child sex trafficking and the district’s work at CUBE’s 2019 annual conference.

The National Center for Missing and Exploited Children reported that 1 in 7 of the more than 23,500 runaways reported to the nonprofit in 2018 were likely victims of child sex trafficking; 88 percent of these victims were in the care of social services or foster care when they went missing.

Los Angeles Unified School District’s focus on CSEC began in 2015 after the city made an FBI list of 13 high-intensity areas where children were being trafficked. “That sparked a need to bring together a collaborative group of community stakeholders to address this,” including government and law enforcement agencies, advocacy organizations, and various school system divisions, says Linet Danoukh, a district counselor in the office of pupil services. 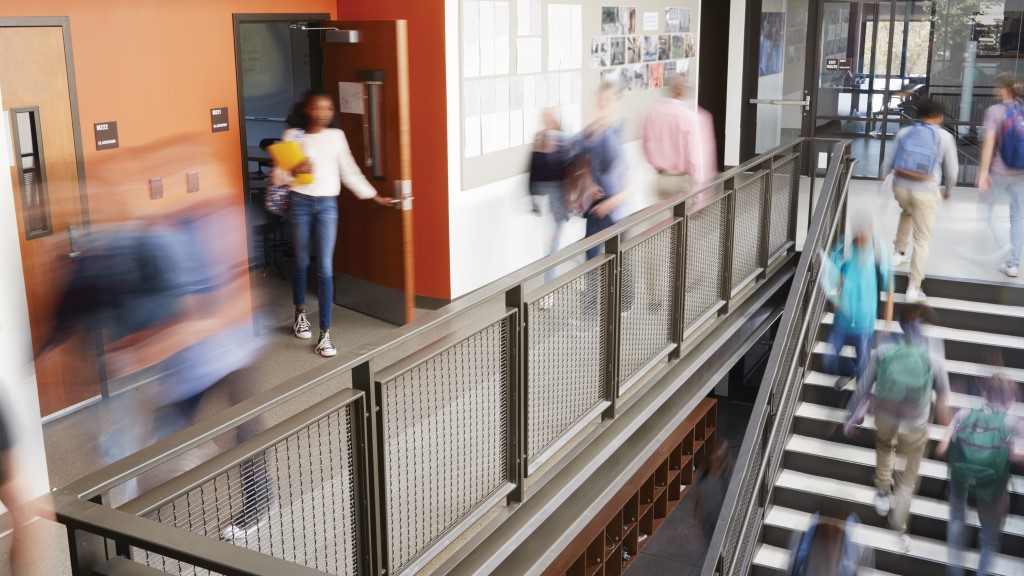 In 2016, the board resolution “Not in Our Schools, Not in Our Communities” launched an initiative to provide CSEC awareness and prevention training throughout the district to support those at-risk.

“Our staff are probably the key adults who spend the most amount of time with our children and are at the forefront of protecting them when they are in school,”says Danoukh, who helped develop the training. So far, over 60,000 teachers, administrators, and school staff at over 140 secondary school sites have participated. It aims to create “a higher level of awareness for staff, allowing them to really recognize and feel more comfortable reporting cases if they notice something.” Reporting procedures are aligned to child abuse reporting procedures.

Evaluations show that before the training, “over 40 percent of staff had no clue about CSEC and that it is happening in the U.S., let alone in Los Angeles,” Danoukh says.

In the classroom, sex trafficking is required subject matter included in the California Healthy Youth Act, enacted in 2016. The state law requires that all school districts provide students with “medically accurate” and “age appropriate” comprehensive sexual health education, including information about HIV prevention, sexual and relationship abuse, and sex trafficking awareness, at least once in middle school and once in high school.

First in the nation

In October 2019, the Florida State Board of Education became the first in the nation to mandate that local school districts specifically teach all K-12 students child trafficking awareness and prevention. The state board noted that with 767 cases of human trafficking reported in the 2018 Polaris report, Florida ranked third nationally behind California (1,656) and Texas (1,000). Nearly 20 percent of Florida’s cases (149) were minors.

Florida school districts were required to submit an implementation plan to the state by December 1 that outlined how instruction would be delivered for each grade level along with materials and resources to be used. Classroom implementation is planned for this spring, says Ashlee Cappucci, supervisor for K-12 physical education, health, and dance for Hillsborough County Public Schools.

Hillsborough Schools have been embedding coursework around child sex trafficking—what it is, recognizing the signs, and how to report it—in its ninth-grade HOPE (Health Opportunities Through Physical Education) course. And separate from the new state mandate, all K-12 physical education teachers participated in a session on child trafficking this summer offered through the nonprofit Shared Hope International. The training emphasized warning signs, reporting protocol, where to turn for help, and “especially how prevalent it is in our district,” Cappucci says.

The program’s focus included both the labor and sex trafficking of children, as well as the online trafficking that uses apps, websites, and social media platforms to recruit victims. The district will participate in additional training this spring.

‘Right in our own backyard'

When drafting the protocol for Atlanta Public Schools, Mitchell and Myles say they intentionally labeled it the Domestic Minor Sex Trafficking protocol. They wanted to drive home the point that this crime not only happens in developing countries far away, “but right in our own backyard.” The district’s policy states that Atlanta’s status as an international transportation hub makes DMST particularly prevalent.

And although minors are prostituted, the authors stress that children are not prostitutes and should not be referred to that way. “This is not an at-will thing,” Myles says. “Adults who engage in prostitution very often end up in jail. Our focus should not be on jailing our children but moving them to a safe house and providing trauma-informed treatment. Often the entire family needs resources to work through this issue.”

Under the federal Trafficking Victims Protection Act, sex trafficking requires force, fraud, or coercion unless the victim is a minor. Any minor used in a commercial sex act is a victim of trafficking, regardless of their willingness or desire to participate.

A major focus of Atlanta’s board policy is collaborating with statewide and community-based agencies and partners to ensure that “we can serve these students and help them get the help they need and re-enter the school system” using a trauma-informed response, Mitchell says.

Among the practices outlined in the boards’ DMST protocol is the development of a Care Incident Response Team, a multidisciplinary unit that would respond to reports of trafficking with a coordinated effort that includes education, mental health, juvenile justice, medical, law enforcement, and child protective services and look at the needs of any impacted child. When the student returns to school, “the care team would still be in place, helping them become comfortable back around their peers and addressing any learning or behavior difficulties,” she says.