In her book Distrust and Educational Change: Overcoming Barriers to Just and Lasting Reform, Katherine Schultz uses a narrative format to brilliantly outline three types of distrust that hinder well-intentioned education reform efforts from reaching their full potential. Using her expertise grounded in experience, Schultz both clarifies the differences between the three types of distrust (relational, contextual, and structural) and explains how they are often interconnected, making lasting reform nearly impossible. The book serves as a portfolio of evidence to the claim that it is crucial for distrust to be acknowledged for reform efforts to mature.

The book asks readers to reconsider the ways in which they seek change in education. The first section lays the foundation by defining the three types of distrust, from which many academic reform efforts fail. The second section examines each type of distrust by offering detailed anecdotes that unveil distrust in action. Schultz’s experience affords her the ability to provide multiple firsthand accounts of reform efforts that are well-intentioned, well-planned, and well-executed yet still fail.

By vulnerably sharing her own involvement in unsuccessful reform efforts, Schultz positions her experiences within findings of the broader literature and reflects on the role that distrust often plays in unsuccessful educational reform. 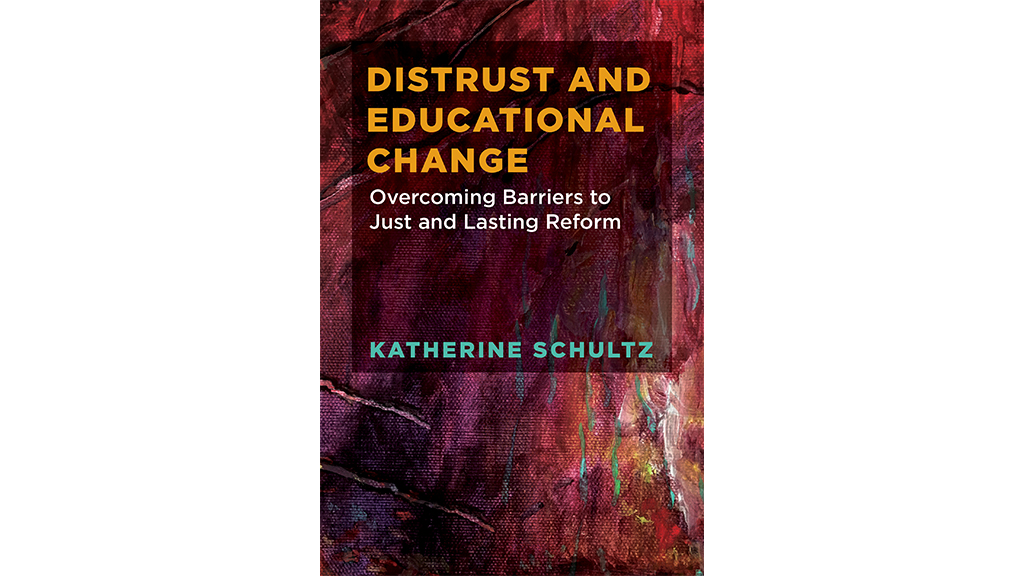 While reading this book, I, an African American woman who grew up in a high-poverty context, felt both validated and misunderstood. The validation was nested in Schultz’s emphasis on communities’ expertise in being able to articulate their needs and take part in developing solutions that will work for them. This idea, though only explicitly stated a few times, was inherently threaded throughout the entire text. While Schultz recounted each of her anecdotes, there was an implicit but consistent appeal for her scholarly audience to position themselves as secondary experts on the needs of any community of which they are not a part.

Schultz’s decision to use her own experiences as foundations on which to build guides for avoiding distrust was a significant strength of this text as it increased its readability and functionality. She consistently drew on these experiences to highlight the pervasive lack of progression our education system has witnessed due to varying levels and types of distrust.

However, even considering her urge for reformers to not apply a deficit perspective to the communities they are serving, Schultz sometimes used language that subtly reads harshly or presumptively.

However, these critiques do not negate the profound impact that this text can have on reform efforts nationwide. The very nature of the book is revolutionary. While there is countless literature on strategies to improve reform, not much of it approaches the charge from a personal, reflective standpoint. Schultz’s book takes the blame for failed reform off communities. She asserts that it is the role of reformers to understand the community from the members’ vantage point and to position themselves as learners before beginning. I recommend this book to anyone who wants to establish critical, successful, and lasting educational reform.

Shanique Lee (shanique.lee@uncc.edu) is an education recruiter at the University of North Carolina at Charlotte.