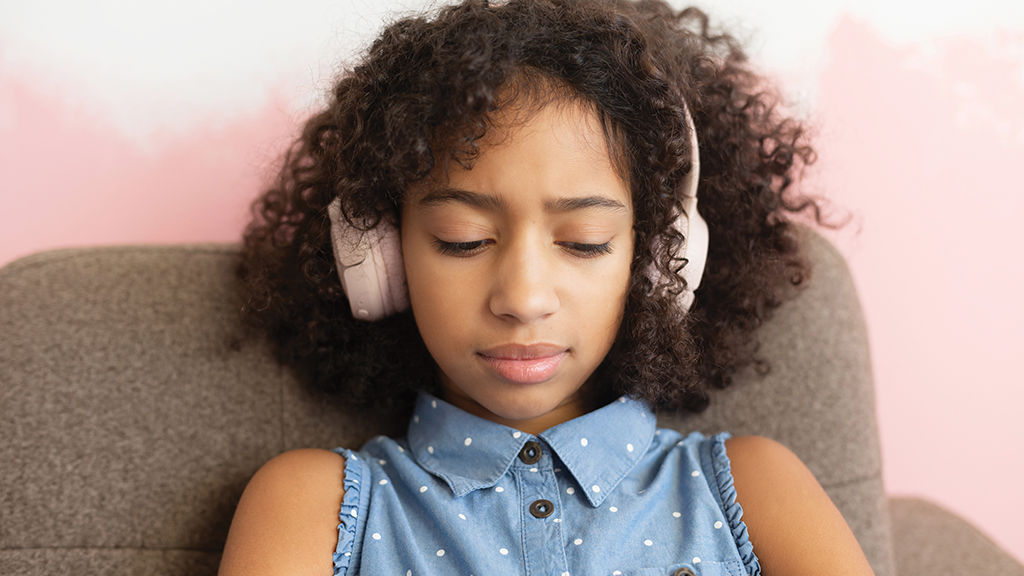 Last September, early in the new online academic year, officials with Tennessee’s Shelby County Schools began receiving inquiries from building administrators and classroom teachers about the appropriate response to troublesome behaviors by some students in the remote learning environment.

Generally, the behaviors were “similar to some of the kinds of behavior you would see in a traditional classroom setting,” such as disrespectful conduct, refusal to comply with instructions, and classroom disruption, says Angela Hargrave. She is the district’s executive director of student equity, enrollment, and discipline.

With input from the departments of family and community engagement and student affairs, Hargrave’s team edited the existing code of conduct to fit the new virtual learning environment. Expectations for students include no eating or drinking during class because their devices could be damaged, and when possible, work in an area that’s isolated from individuals and pets. Guidelines for teachers recommend taking “progressive discipline steps” to interrupt misbehavior. “We didn’t want their first line of response to be removal from class,” Hargrave says.

Long before the COVID-19 outbreak sent the nation’s schools rushing into remote learning, exclusionary school discipline practices and policies were under fire for disproportionately increasing rates of suspension and expulsion of minority (especially Black), low-income, and special education students. Research shows that punitive measures push students out of classrooms and increase involvement with the criminal justice system—the “school-to-prison pipeline.”

Now, accounts of discipline during distance learning have raised concerns that in-person disproportionate discipline is being replicated in virtual school settings.

A brief published by the National Education Policy Center (NEPC) cites several of the incidents, all involving Black students:

There are no national statistics on school discipline trends during the pandemic, making the extent of this issue unclear, says Kathryn Wiley, co-author of the brief and a faculty fellow with NEPC and the School of Education at the University of Colorado. “We don’t want this to expand to the virtual school-to-prison pipeline, and with school resource officers being dispatched to Black children’s homes, that is a huge concern,” says Wiley, who researches school discipline and racial equity.

With many students not physically in schools during the pandemic, it might be expected that harsh discipline measures would be less of an issue, says co-author Michelle Burris, a senior policy associate at The Century Foundation, a progressive think tank in Washington, D.C., and New York City. “Kids are not interacting with school resource officers or police officers as much. But then we’re seeing the same thing again, or even worse, even on virtual learning platforms.”

Perhaps due to increased attention and reform efforts, the suspension gap between Black and white secondary students declined slightly between 2009-10 and 2015-16, according to a federal data analysis published in 2020 by the Civil Rights Project at UCLA and the Learning Policy Institute. However, Black students in middle and high school remained four times as likely to be suspended as their white peers.

A 2018 Civil Rights Project analysis showed that U.S. students lost 11 million instructional days due to out-of-school suspensions during the 2015-16 school year. Black students at the secondary level lost 103 days per 100 students enrolled, 82 more days than the 21 days lost by their white peers. Secondary students with disabilities lost 68 days per 100 students enrolled, roughly twice as much as peers without disabilities.

Investigators with Mathematica Policy Research and the University of Pennsylvania found that students who lose class time from suspensions have lower math and reading scores.

A growing list of studies shows racial and gender bias in school discipline. Among the findings of a recent analysis by the National Women’s Law Center and The Education Trust: Black girls are five times more likely than white girls to be suspended at least once from school; Native American girls are two times more likely. “These biases manifest as punishments that have more to do with who these girls are rather than what they do,” the report says.

Schools may determine that they must suspend a student for safety or legal issues, but “every day that you deny kids, based on discipline, access to instruction should be justified,” says Daniel Losen, director of the Center for Civil Rights Remedies at UCLA’s Civil Rights Project. “When kids lose instructional time and are out of class, they are not getting anything. It’s really a nonintervention.”

In many locations, the creation of school discipline measures in virtual learning may have been “somewhat of an afterthought” that took “a backseat to the general uncertainty and chaos” as schools scrambled to establish remote learning, says Richard Welsh, founder of the School Discipline Lab at New York University. An assistant professor of education leadership and policy studies, Welsh is planning a study for later this year on the influence of COVID-19 on school discipline patterns and educators’ practices.

Conversations with educators suggest that remote-learning technology (the ability to mute a disruptive student, for example) and the sharing of best practices may have aided teachers in their classroom management strategies this school year, Welsh says. Combined with the underreporting of disciplinary actions due to the upheaval associated with introducing distance learning, “I wouldn’t be surprised if the research shows a reduction in the number of infractions and consequences in the 2020-21 school year,” he adds.

More concerning is the potential for expanded racial discipline inequities in the “pandemic recovery period” during the 2021-22 school year when, hopefully, most teachers and students have returned to in-person learning, Welsh says. “I think the conditions there are ripe” for “an uptick in infractions and consequences.” Among those conditions: Student frustration in the effort to catch up or mask academic weaknesses due to COVID-related learning loss; adjusting to long days of structured classes in large group settings after months of less-structured at-home schooling; lingering COVID-19 traumas; and extra demands, staffing challenges, and emotional stressors on teachers.

It was unfortunate that exclusionary discipline occurred before COVID-19, but is even more so now that it’s happening when children and families are experiencing a host of pandemic-related traumas, says Miriam Rollin, director of the Education Civil Rights Alliance. That a punitive response would be the first approach to any student-related issue is unfortunate, she says, because such an approach rarely solves the problems confronting students and their families. Instead, the initial response from schools should emphasize empathy, outreach, and inquiry focused on “What’s going on? Is there a challenge we can help with?”

Policies that treat the virtual classroom as an extension of the brick-and-mortar school, subject to the same rules, regulations, and potential punishments, fail to consider the conditions facing many children, Rollin says.

She notes that not all students have access to a clean, quiet, distraction-free space for distance learning. Some may be forced to couch surf because they are homeless. Others may be responsible for siblings because their parents cannot work remotely. And then there are those who simply live in noisy, chaotic households.

Elizabeth Laird, director of equity in civic technology at the Center for Democracy and Technology, points out that discipline issues in remote learning can intersect with student privacy rights. If a student lives in a shelter, for example, requirements to have a computer camera on during class could expose that fact—information that is protected by law.

The use of monitoring software, installed by some districts on school-issued laptops and devices, presents another privacy concern. “And if it is more low-income students or students of color who are receiving these devices,” could the information gathered be used to “reinforce some of the disproportionate discipline issues that we’re seeing?” Laird asks.

Students of all backgrounds are “experiencing emotional trauma to some extent because of the pandemic, but we know that some are experiencing it at much more exacerbated levels,” Burris says. That includes students of color because the health crisis has disproportionately affected their communities. Many of these students are simultaneously living with long-standing racial trauma, the result of their experience with and exposure to racism and discrimination, she adds.

A New York Times Opinion article highlighted the feelings of some Black parents that one benefit of virtual learning is the ability to witness the microaggressions and unfair treatment that their children face in classrooms from teachers and classmates alike.

The article cited an informal survey of 370 parents in which 20 percent said that post-pandemic, remote learning would be safer for their children because they would be able to respond more quickly to acts of racial hostility and bias.

“We know that the racial disparities in discipline are connected to a much larger history of anti-Black racism in schools, says Wiley. “That has not gone away during the pandemic.”

Reset and get back on track

Many of the interventions being applied to address discipline disparities are finding their way to virtual school settings. In 2013, California’s San Lorenzo Unified School District initiated a restorative approach to school discipline to improve school climate, reduce student suspensions, and decrease disproportionate punishment, says Becca Coleman, a teacher on special assignment who manages implementation of restorative practices in the 9,500-student district.

“One thing that I’ve re-learned, or it’s been reinforced, is that these practices are possible in any setting or circumstance,” Coleman says. “It doesn’t have to look any one way.”

Shelby County Schools transferred a series of interventions and behavior supports to its online platform to assist students most at-risk for disciplinary actions. Along with a districtwide focus on trauma-informed practices, Adverse Childhood Experiences (ACEs), and culturally responsive teaching, the 111,000-student district added virtual reset rooms to the plat-form. Featuring calming music and soft lighting, the rooms are staffed by behavioral specialists trained to assist students as they regroup and calm down after an outburst or disruption in class. The goal is to help students “reset and get back on track and return to class with no disciplinary action,” Hargrave says.

“We’ve shifted our way of thinking about discipline” so that “when a child isn’t complying or not doing what we’re asking him to do, we quickly work to see what supports are needed first rather than how do we remove this disruption,” she adds.

Expanding resources for mental health and emotional support are among the recommendations included in the Toolkit for Transforming School Discipline in Remote and Blended Learning During COVID-19. The guide was created by the Transforming School Discipline Collaborative (TSDC), an Illinois-based interdisciplinary team of attorneys, school psychologists, restorative justice practitioners, and school-based professionals, in conjunction with school-age students and educators supporting equitable and nonexclusionary discipline practices. 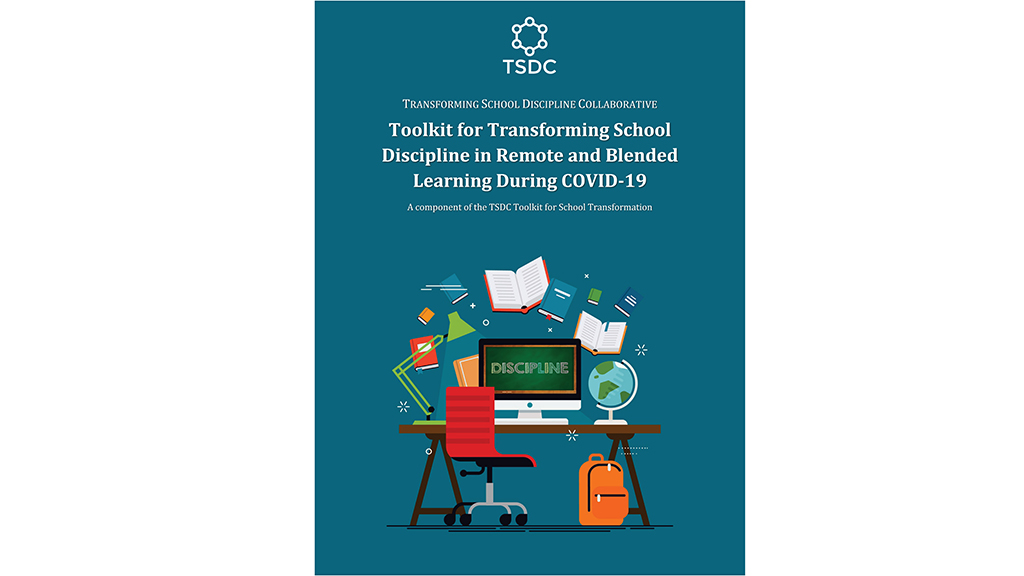 As more schools look to reopen their buildings during the pandemic, issues of exclusionary discipline are likely to be repeated or even escalated if schools don’t reexamine their suspension policies and procedures and provide meaningful support for students and assistance and training for teachers, says Losen, with the Civil Rights Project.

“The last thing we should be doing is unnecessarily adding to lost educational time when students return. We should do everything we can to make sure that they are staying in school.”

School discipline is such an important equity issue, says NEPC’s Wiley. “We have to think about how to bring greater support for schools, but also greater accountability when it comes to racial disparities.”