In November 2016, I was decisively elected to the Miami-Dade County School Board. I emerged victorious with nearly 70 percent of the vote in a three-way race that included a nine-year school board incumbent and a former state legislator.

I was the youngest candidate, unmarried, and the one with battle scars from nearly 30 years of educational service as a teacher, principal, administrator, and superintendent of schools.

It does not suffice to get elected or appointed, to hold the title, to be imbued in titular leadership, to be in the club, to simply say you are on the team, that you attended the game.

If you are going to be a true change agent for what is right, rightful, and righteous for your schools, employees, community, and children, you must get on the field of play. You must understand that true educational reform is a contact sport and one in which you must be willing to tackle or be tackled. Give and take a hit and get your jersey dirty.

I had been on the field of play for nearly 30 years—more than half of my life—and had a few stains, rips, and holes in my jersey. If you live long enough, disrupt enough, you will have a few ripped jerseys.

True educational change, reform, and revolution involve a declaration of war and involve battles that truly will result in a few bruises, black eyes, and even broken limbs.

Our system of public education and our children and communities need leaders that are willing to get into the ring, get on the battlefield for educational and social justice, and disrupt the silent cycle of apathy often protected by the status quo.

It is too often a status quo that accepts and fails to challenge the conditions that keep communities from prospering, educators from truly educating, and children from learning.

To be a disruptor for children, you must be willing to, in the words of the late congressman and civil rights giant John Lewis, get into some good trouble.

Throughout my life, career, and educational campaign, I always have been a deliberate disruptor of those things that were not right for children and communities.

I simply promised my constituents that I would bring my nearly 30 years as an educator, teacher, principal, superintendent, and 47 years of living at the time to stand, speak, and, if needed, fight like hell for the children, employees, and people of the community.

I would be willing to leave the safe, secure sanctuary of the stands as a spectator, get on the field of play, and risk getting my uniform dirty.

If you are silent on equity issues in your district, in your community, you are complicit. You are saying or doing little to nothing even though you hold the key to unshackle large populations of students trapped in perpetual failure and generational poverty.

We must stand, speak, and fight against the academic and societal injustices that devastate schools, devalue communities, and deny children. We must be willing to have courageous conversations and lift the veil around the role that race, politics, and economics play in the devaluation of education in this country, which leads to the miseducation of too many of our students.

The future of urban education is based on what you do. What you determine and what decisions make you make. Whether or not you reject mediocrity in the schools in your district. In your community. Serving your students. Whether or not you accept or reject such mediocrity. And be ready, willing, and able to stand, speak, and fight like hell to disrupt the status quo that allows and enables it.

You are the leaders of public education. You are the ballers and shot callers for children and communities. You are the playmakers for policies that change and improve and impact pedagogy, practices, personnel, procedures, partnerships, parents, and even paradigms for your school district.

Go forward, in conviction, in compassion, in competence, in courage. Get on the field of play in this educational contact sport. And get your jerseys dirty for children.

This column is adapted from Gallon’s keynote speech at CUBE’s Annual Conference in Atlanta in September. Watch Gallon deliver the entire speech at https://vimeo.com/623656998/0445eb7ca9. 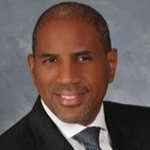