By now, election season is winding down. School board elections look different in each community. In larger and urban districts, some school board candidates spend thousands of dollars on their campaigns, speaking at large forums and drawing media coverage. In other communities, candidates print and distribute their own flyers and speak at small PTA coffees. Regardless of what their campaigns entailed, all school board members, new and incumbent, are charged with the solemn responsibility of governing their districts.

“Your state statutes will define the legal powers and responsibilities of school boards in your state. Your state board of education might assign additional powers to local boards. The powers and duties of school boards are defined somewhat differently in each state. Some statutes are very general, while others are specific. Some outline only what a board ‘shall’ do (mandatory duties) while others include what a board ‘may’ do (discretionary duties).

“But one thing is common to all these state laws: As an individual board member, you have no legal powers. You can exercise your powers as a board member only through board action.”

As school board members, you can take important steps in educating the community on the role of school boards. In doing so, you can increase awareness of your role while building knowledge and trust with the public.

Attend PTA meetings or hold your own small meetings at times that are convenient for working parents. These meetings can be virtual as well. Reach out to parents and community members through personal invitations, phone calls, emails, online surveys, and social media.

One district won a Magna Award for setting up regular Saturday morning meetings with school board members at a local coffeehouse. This gave people an opportunity to meet board members in an informal setting. Another Magna Award-winning district created a leadership academy for parents and community members. Participants gained knowledge of the inner workings of the district, and some ended up running for the school board as a result.

For your board members who will be taking their seats in January, training will be essential. Your state school boards associations offer new board member orientation. They also offer a wealth of resources that will benefit both the newbies and veteran board members. 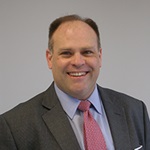