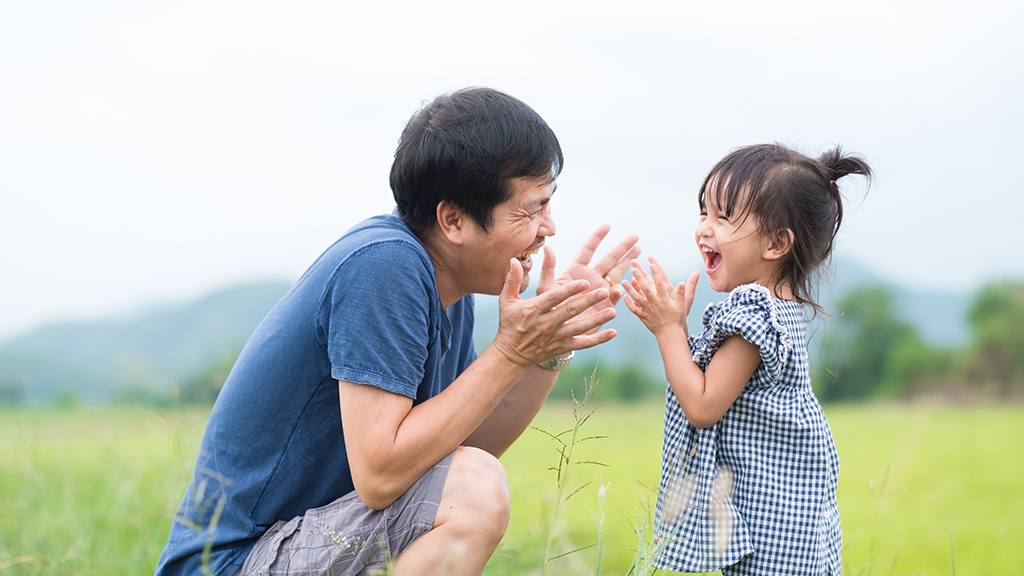 Mary Albanese moved around the state of New Jersey “quite a bit” before settling in the small community of Leonia in the late 1990s. The daughter of a Korean mother and a Polish father who worked for the Port Authority, Albanese and her sister were “picked on a lot” while in school, and she wanted a better experience for her son.

“I vowed when I was growing up that I didn’t want my own child to distinguish others by their color, race, or religion,” says Albanese, who has served on the Leonia Board of Education since 2017. “The kids growing up in this town are not using the stereotypes and racial markers that were used when we were growing up, and that’s a good thing.”

Leonia, located across the Hudson River from New York City, is a richly diverse community of immigrants and second- and third-generation families. More than 30 percent of the population—and 40 percent of the district’s 2,000 students—are Asian and Asian American. The district, which has made in-person learning available since the 2020-21 school year started, has not seen an uptick in violence against Asian students over the past two years.

But Leonia is proving to be an exception as the nation grapples with a startling increase in hate crimes and high-profile attacks against Asians and Asian Americans, most notably a mass shooting in Atlanta in March that resulted in the deaths of six Asian women. According to the Stop AAPI Hate Youth Campaign, one quarter of Asian American children and young adults reported they were targets of racism over the past year. In the survey, which reported high rates of bullying of Asian American students even prior to the pandemic, adults were present in nearly half of the cases and rarely intervened.

“These attacks and harassment and hate are happening within schools, and even in the age of COVID, within school populations,” says Maureen Costello, executive director of the Center for Antiracist Education at Stand for Children. “It’s not an isolated problem in the outside world.”

The challenges many Asian American students face — poverty, language and cultural barriers, teachers who don’t look like them — are not different from those faced by other communities of color. But thanks to what has been dubbed a “model minority myth” — the perception that Asian Americans are collectively successful, smarter, and more studious than their classmates — many of those challenges are ignored or pushed aside, especially in highly diverse communities.

“We’ve got to be more thoughtful about the diversity of all groups of students, especially now,” says Mya Baker, a researcher with TNTP, an education nonprofit formerly known as The New Teacher Project. “For a long time, in many Asian families the notion was, ‘We won’t be targeted as long as we keep quiet, keep to ourselves, and are productive members of society.’ But it’s just not safe now and that’s just heartbreaking.”

Late in the afternoon on the last Friday in March, Joe Gothard admitted he was tired. All week, the superintendent of Minnesota’s St. Paul Public Schools had been doing individual check-ins with AAPI leaders following the Atlanta shooting, which he called “tragic, extremely emotional, and difficult to endure” even from 1,100 miles away.

Meanwhile, just 10 miles from Gothard’s office, the final jurors were being selected for the murder trial of Derek Chauvin, the former Minneapolis police officer charged in the May 2020 death of George Floyd, an act that spawned Black Lives Matter protests worldwide.

“I like to say this has been the fastest slowest year of my life,” Gothard says. “And all that has happened this week has been a continuation of that.”

St. Paul’s AAPI community has been particularly hard hit by the pandemic. One week after Floyd’s death, then-school board chair Marny Xiong died from COVID-19, a huge blow to the Hmong community that has more than 9,000 students in the district. Xiong, 31, was the daughter of Hmong refugees and a graduate of the district who had been elected to the board in 2018.

Gothard became close to Xiong after she was named board chair in January 2020. The two worked on contract negotiations with the St. Paul Federation of Educators, who went on strike for four days just before the pandemic forced schools to turn to virtual learning.

“As difficult as that time was, she was just an incredible source of encouragement,” Gothard says of Xiong. “She was always focused on kids and on equity, and that really made an impression on me. When she went through her bout with COVID and then lost it, it left a big hole. And given that it was just a week after George Floyd, with all the weight of the emotions going on at that time, I just can’t imagine reliving anything like it.”

Gothard, who became superintendent in 2017, says the district has been dealing “for some time” with issues around apathy, chronic absenteeism, equity, and access, but the combination of racial turmoil, the pandemic, and distance learning have proven disastrous for students of color.

“The challenges were there before the pandemic,” Gothard says. “You can give everyone an iPad and hot spots, and you’re going to have what we’ve had and seen, different levels of engagement and learning. The distance learning model has not been successful. Education is not set up to be in isolation. To have a 5-year-old child who doesn’t understand English trying to read instructions on a screen is not going to work.”

Walk through the halls of Leonia’s schools and you will see posters exhorting students and staff to “Give Respect to Get Respect.” Students at the high school have painted signs over doors touting “hate-free zones.” Within days of the Atlanta shooting, the school board passed a resolution doubling down on its commitment to AAPI students, and the town held a “Love Not Hate” vigil for victims of anti-Asian violence.

“One of the strengths of our schools, besides our academic record, is our diversity,” says Superintendent Ed Bertolini, who has worked for the district for 22 years, 19 of them as the high school principal. “We are so diverse religiously, ethnically, racially, and economically that we have to focus on kids as individuals and address the needs each student has.”

Bertolini says this approach has helped Leonia avoid the increases in youth-reported hate crimes seen in his state and in pockets across the U.S. But he and board members are quick to acknowledge a growing unease about the problems their students will face when they leave high school.

“When you’re growing up in a community like Leonia, you don’t really see the differences between everybody,” says Bryce Robins, the 22-year-old chairman who has been on the board since his senior year in high school. “You don’t realize until you get older and see the rest of the world, until you watch the news and see what’s going in global affairs, that other people are not having the same experience that you have here.”

Since the pandemic began, Bertolini and Robins have had “fireside chats” via Zoom with community members to answer questions and “give parents a place to vent and void their frustrations.” Those chats helped shape a diversity and equity plan passed by the board last summer. Included in the plan are district-sponsored test preparation courses for high school students; hiring practices that focus on increasing diversity and equity; a program focused on restorative justice for students; and stronger policies on bullying and harassment.

“This work all comes down to one word: communication,” Albanese says. “If you don’t welcome open and honest communication with your school board, your community will feel it doesn’t have a voice in the conversation. We have a concrete message we send to our students, that they are the activists of change. They have to do something to make the changes they want to see, and we have to be there to support them.”

In such an unsettled time, what can school districts do to ensure all students are heard and safe? TNTP’s Baker says equity audits, like the one Leonia is doing with Montclair State University, are a good start.

“Schools need to recognize they have policies, procedures, and systems for kids and teachers that are inequitable, and yet these can be very hard to identify,” Baker says. “Equity audits can help you identify where things have fallen through the cracks and take the steps necessary to ensure you don’t have these ongoing disparities.”

Costello, who was director of the Southern Poverty Law Center’s Teaching Tolerance initiative for a decade, says incidents in schools often mirror what students are hearing in the news. During the Trump presidency, educators reported increases in biased language and aggression toward Hispanic students during contentious discussions about a border wall. Increases in anti-Asian hate spiked after Trump used racial terms to describe the causes of the pandemic.

“Students of almost any age are very much attuned to the mass culture, so harassment in schools echoes what is being played on Fox News,” Costello says. “It’s not a surprise if the popular culture, led by the then-president, is targeting Asians and that it’s affecting kids.”

As a result, she says, school boards should set “some very explicit expectations” about what it means to be welcome on campus. “Don’t make assumptions about how open and how welcoming you are and how valued every student and family is,” Costello says. “Really interrogate it and ask, ‘Are we doing everything we should?’ And then set expectations for the staff that are very, very clear.”

In St. Paul, Gothard says his staff is “investing a lot of time and effort” focusing on ways to help students who need more support, starting by asking families what their needs are.