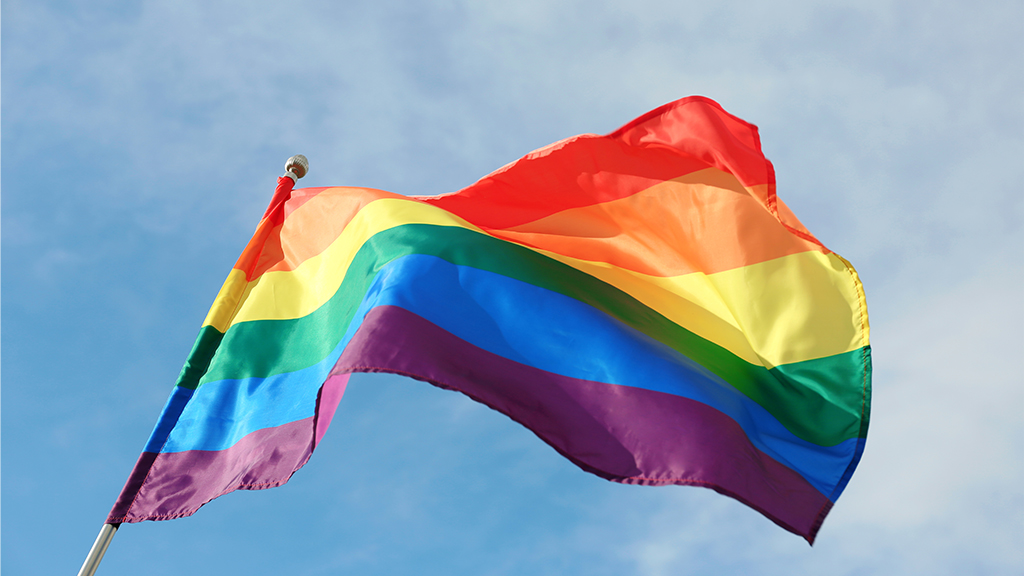 Maryland’s Montgomery County Public Schools grabbed national headlines last year when its school board unanimously approved the creation of a new LGBTQ studies course. Although it was not the first district in the nation to greenlight such a course (that honor goes to California’s San Francisco Unified Public Schools), it’s among a handful to develop a districtwide course centering lesbian, gay, bisexual, transgender, and queer history and culture.

In many ways, the course is “the pinnacle” of the district’s ongoing work to support and amplify the voices of LGBTQ students and staff and make them feel valued and a part of the school community, says Ruschelle Reuben, Montgomery County Schools’ associate superintendent for student and family support and engagement.

“I can’t tell you how important the work is both inside of the classroom and outside for LGBTQ students and staff members. As a member of the community myself, it’s always been important to me because I feel that representation is so important, especially for LGBTQ individuals of color.”

That inside and outside work also is necessary to ensure that students don’t feel isolated and alone. “The importance is beyond inclusivity,” Reuben says. “It’s really life and death for certain students. That’s why it’s important.”

Research shows that LGBTQ students can face high rates of bullying, discrimination, family rejection, and suicidality. The 2020 Trevor Project National Survey on LGBTQ Youth Mental Health found that 40 percent of the LGBTQ students, ages 13-24, surveyed “seriously considered” suicide in the past year. That rate was 50 percent for transgender and nonbinary youth.

A 2017 nationwide survey from the Centers for Disease Control and Prevention found that compared to their straight peers, LGB students disproportionately experienced bullying, suicidal thoughts, and sexual assault. (Transgender students were not reflected in the data.)

The GLSEN survey concluded that “overall, schools nationwide are not safe learning environments for LGBTQ students and are lacking in LGBTQ resources and supports, and they differ by school and geographical characteristics.”

As the LGBTQ Youth Support Services Coordinator for Texas’s Dallas Independent School District, Mahoganie Gaston provides training to district teachers and staff “on LGBTQ competencies: What does it look like working with the students, what resources are available, how do they fall under Title IX law, what concerns LGBTQ students have,” and what can be done to make campuses safer and more inclusive for them.

The training covers “policies and laws and having those authentic conversations to make sure we’re all on the same page,” Gaston says. Issues covered include Dallas ISD’s policy protecting students from gender-based harassment and Title IX, the federal law that prohibits sex discrimination in K-12 schools, colleges, and universities.

Gaston also conducts “Out for Safe Schools” trainings for the adult sponsors of the district’s Gay-Straight Alliances (GSAs) and assists campuses in launching the clubs. (In some schools, GSA stands for Genders and Sexualities Alliance.) The student-led extracurricular programs provide a welcoming space for members of a school’s LGBTQ community and their allies. That, in turn, helps make schools safer and more accepting and can increase student attendance, Gaston says. “GSAs are often that support that students look for when they don’t have support at home.”

A recently published study in the Journal of Research on Adolescence concluded that GSAs and LGBTQ-focused policies are “distinctly and mutually important for fostering safer and more supportive school climates for youth.”

In Pennsylvania’s Pittsburgh Public Schools, “most of the high schools, most of middle schools, and many of the elementary schools have put Gender and Sexuality Alliances, Gay-Straight Unions, or Rainbow Clubs in place to support students at the school level,” says Lenny Orbovich, a history teacher, sports coach, and longtime member of the Superintendent’s Queer Equity Committee.

At the district level, in 2016, Pittsburgh Public Schools adopted a policy that allows transgender and gender-expansive students (those who identify outside of gender categories) to use pronouns, names, and bathrooms they identify with. It also allows trans students to participate on sports teams that correspond to their gender identity.

Additionally, the policy introduced “Point Teams” (comprised of administrators, teachers, counselors, and “any other interested stakeholder”) tasked with providing LGBTQ supports to students and staff within each individual school.

“Issues around school climate and tolerance, any time any LGBTQ issue comes up in the school” the idea is that “we come together and focus on what needs to happen to address the issue,” says Orbovich, a Point Team member at Pittsburgh Carrick High School.

Along with elevating support for students who are transitioning to new gender identities, the district is trying to “make it part of policy, part of procedure,” says Rodney Necciai, Pittsburgh’s assistant superintendent of student services. That includes an effort to designate gender-inclusive bathrooms—facilities that anyone can use regardless of sex or gender identity—in all schools with grades six to 12.

Another area being examined is setting policy to ensure that transgender training is incorporated in new- teacher orientation and professional development for all staff, Necciai says. The goal is to make sure that athletic coaches, for example, “who are sometimes the adults that kids have the best relationship with, have an understanding and the capacity to be able to support kids who are questioning or transitioning but not out yet.”

At a district-sponsored LGBTQ forum in 2019, Montgomery County Schools students, discussing how to make the curriculum more inclusive, proposed the LGBTQ studies course, says Tif Ani, a social studies content specialist for the district. “Our students’ advocacy and activism are really what brought this conversation to the attention of everyone in central office and to the district as a whole.”

District students have gone on to help shape and review the course that will be used this fall in about 10 high schools. They were insistent that the course amplify diverse voices, Ani says. “A lot of time with gay history, it can center gay, white, cis-gendered males. We really think a lot of our BIPOC (Black, Indigenous, and people of color) queer students will certainly feel very much like this course is for them.”

A commitment to amplifying diverse voices similarly led the district to adopt new guidelines for gender identity on school records. The records that it previously collected were very “traditional and generic,” focused on two categories—female and male, says Reuben.

Updated guidelines allow students “to identify however they feel most comfortable,” most accurate. Providing that option required “changing all of our forms” and making sure that all students have the choice to label themselves, she says. That includes allowing students to enroll as nonbinary (without a male or female gender identifier).

“We align ourselves to the student’s identification preferences,” Reuben says. Parents typically fill out enrollment forms, so they would be “very much aware” of the information on those records. She notes that the district had “elementary students who were nonbinary, who felt there was no place on the enrollment form for them to indicate that. Their parents were advocating for this option.”

Legal challenges have been filed against aspects of the policy, but Reuben says, “We hold firm that we are a district that believes in equity and equality, and that means that students have the right to give their gender preference and to live out loud as they are.”