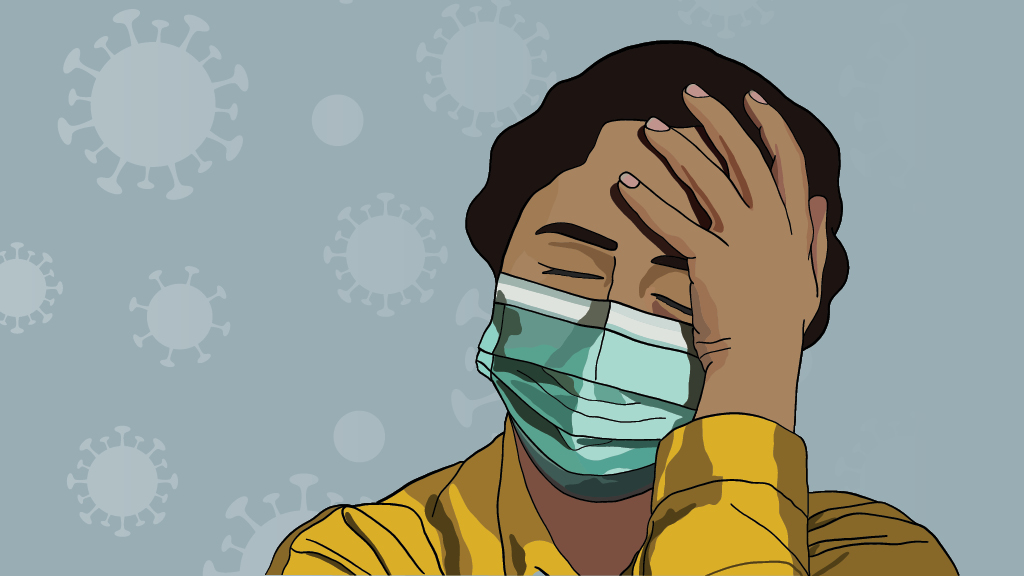 Even in the best of times, the work of school board members can be emotionally taxing. Overseeing budget cuts, eliminating popular programs, and reconfiguring district boundaries are just some of the stress-inducing situations that school board members regularly encounter. This school year, of course, has been long on stress-inducing situations. The pandemic saw to that.

For Julie Bacon, it has been “by far the most difficult and challenging” experience in her 11 years of service to Arizona’s Paradise Valley Unified School District Governing Board. Things reached a whole new level when she voted to return schools to virtual learning in November due to rising COVID-19 transmission in the community.

Bacon, along with two other board colleagues, not only became targets of a recall petition, they also were “doxed,” with their photos and home addresses published online. Critics of the board members were instructed to surveil their homes, take photos, and document where they went, she says.

A divisiveness became “pervasive throughout the community, and really political,” says Bacon, who also is a board support and training specialist with the Arizona School Boards Association. The discord was surprising because “most things, at least in the district I serve, never turn political,” she says. “We work really hard to keep the focus on students and student achievement.” Still, the pandemic put pressure on Bacon and the governing board team in ways she had never seen before.

Along with the nation’s students, parents, teachers, and school administrators and staff, school board members have shouldered the uncertainties, frustrations, and fears surrounding education during the pandemic.

“It’s been a heavy burden,” says Tricia Lubach, director of leadership development for the Washington State School Directors’ Association (WSSDA). Board members have had to try and “make the best decisions that they can when none of the decisions are really optimum,” says Lubach. She also is a board member for the Quincy School District.

Charlie Wilson, a board member for Ohio’s Worthington City Schools and NSBA’s Immediate Past President, knows firsthand the sting of receiving hate-filled calls and emails this year because of his position on reopening schools. There also were “people calling me all kinds of names to my face,” he says.

But the most disheartening aspect of the year has been that “locally elected school board members have been pressured heavily by politicians, governors, and presidents to ignore evidence-based best practices. That’s just not something that school board members usually do,” he says. “And underlying all of that is that we’re talking about the health and safety of our students and school staffs, and our communities.”

The pressure was so intense that Wilson often had a hard time sleeping, waking up in the middle of the night “from a dream about a kid getting sick or a teacher getting COVID-19 as a result of a decision our school board makes,” he says. “Those are pretty high stakes. We don’t know enough about COVID or the long-term consequences of MSIS (Multisystem Inflammatory Syndrome) in children.”

Indeed, school boards have faced crises in their communities before, including various natural disasters and acts of violence. But in all those cases, the community typically rallies around the schools, says Lubach. “They work together to ensure that students are first. That students are taken care of. That adult issues don’t get in the way.”

At various points during this global emergency, however, many school board members shared that they felt they were in a no-win situation, she says. They made half their communities angry by keeping buildings closed and half angry by opening them for in-person instruction.

School reopenings were not a contentious issue everywhere. With the exception of some of Nebraska’s metro school systems, most districts in the state opened for in-person learning in the fall and have remained open for the academic year. There has been heated debate, however, around district-issued mask mandates.

For advocates, face coverings are an essential safety protocol. Critics, on the other hand, include those who view the mandates as simply unnecessary or “a political ploy” to infringe upon personal freedoms, explains Marcia Herring, director of board leadership for the Nebraska Association of School Boards (NASB). Herring previously served 12 years as a school board member.

A mask/no mask controversy was “alive and well” in parts of the state and was elevated when it came to public access of school facilities in districts where face-coverings were required. At basketball games, for example, a district’s mask rules for spectators sometimes led to debate and arguments. Still, district leaders throughout the state were able to do what was necessary to hold up their end of the bargain and maintain safe, in-person learning since the fall, Herring says.

In considering the events of the past year and their impact on board trustees, Kay Douglas often thinks back to the “way it all unfolded” and the unimagined strain that produced. It was the end of spring break for many across the country when “we all realized that this was going to be so much bigger and much more dangerous than we thought,” says Douglas, a senior board development consultant for the Texas Association of School Boards.

Leadership teams “literally had to turn on a dime” and support meal distributions, return to learning plans, technology purchases and allocation, and an array of new health and safety protocols “at previously unheard of scale,” says Douglas, a veteran of 16 years as a board trustee.

At the same time that board members were focused on decisions that could affect the long-term health and academic well-being of students, there were the “rites of passages that we have built into education”—year-end banquets, graduations, proms—“that the community was up in arms about, and rightly so,” Douglas recalls. “They had questions: How do you graduate? How do you finish the semester? How do you get grades? How do we go to college? And they needed answers.”

School board development experts say that no board has been immune to the unique pressures of the past year, although each one may have experienced it differently. And they agree that the right strategies and approaches have been key to helping board teams navigate differences and other pressures.

Lubach and her colleagues “have focused a lot on providing the opportunity to have really honest discussion” between board members about the areas where they can support each other, “and also how can they, in a productive way, get through some of the difficult issues” they had to address. “Coming out of a board meeting with a split decision, where the board has still been professional and collegial and thoughtful with each other has been an important part of the work we focus on,” she says.

At the association’s virtual annual conference last November, “a lot of what we looked at was the social-emotional health of your students, and then about you as a school board member, as a leader in your community,” Lubach says. “What kind of support are you ensuring you have for yourself?”

Similarly, Bacon and her colleagues in Arizona included a board leadership session earlier this year focused on “Self-Preservation”—or how busy people take care of themselves during stressful times. One strategy that Bacon has adopted for herself: not constantly checking email messages on her phone after 7 p.m. “Otherwise, I wouldn’t sleep,” she says.

Douglas has emphasized the importance of social-emotional wellness skills—the very skills that many schools now teach students—into her work with school boards for several years, including deep breathing; prioritizing rest and relaxation; and recognizing that it’s OK to ask for help and equally important to ask others how we can help them.

“School board members are such giving people, but they are not very good at taking,” says Douglas. They have to learn to focus on, “How do I take time for myself? What brings me joy? Where do I go when it gets to be too much?”

Many members have found “solace in talking with each other, sharing their frustrations, sadness, disappointments, and really just the hurt that has come” during this time, says Lubach. “Having that ability to talk with each other about how this experience has impacted them, has been helpful for many. It’s been helpful for me in my role both as an individual school board member and at a statewide level to hear how other school directors have gotten through this and how they have been challenged.”

Having a network support system is essential, Wilson agrees. “Only other school board members can really understand what you’re going through. Realizing you’re not alone, brainstorming together, just chatting” about family and life, “I find all of those conversations to be very reassuring.”

And having a window into what others are experiencing “makes me more compassionate, makes me more empathetic,” Douglas says.

When a colleague on the Paradise Valley Unified Governing Board, who did not vote the same as Bacon, made a statement during a public session clearly stating that everyone on the board was dedicated to the best interest of the district’s children, it was an invaluable display of board unity, Bacon recalls. It demonstrated “the cohesion of our team.”

In her role as a board support and training specialist, Bacon has noted a significant number of requests for training “around team building, so that teams can reset and start over” as they look to the future, she says.

But, given the incivility, divisiveness, and barrage of personal attacks lodged against school board members this year, there’s reason to be concerned that this atmosphere “will drive some people, the more conscientious people, not to run” for seats on their local board or to seek reelection, says Wilson. The loss of committed, collaborative public servants could have long-term consequences for public education, he adds. “This worries me more than anything.”

Many school boards are working to ensure that they will not be victims of rancor and friction. As WSSDA’s Lubach looks toward her state association’s annual conference in November, “We have heard that districts are very interested in messages of hope, optimism, and coming together,” she says. There’s a focus on ensuring that “boards are resilient and can work together in ways that move education forward.”

In conversations with Nebraska boards, NASB’s Herring says she continually brings the focus back to the work that remains to be done, particularly for the many students who have fallen off of district radars. “What are we doing to recover those students?” she asks. “And what are we doing to ensure that our system is operating at the highest level possible to ensure that those students who need us the most have access and receive the best education that we can provide?”