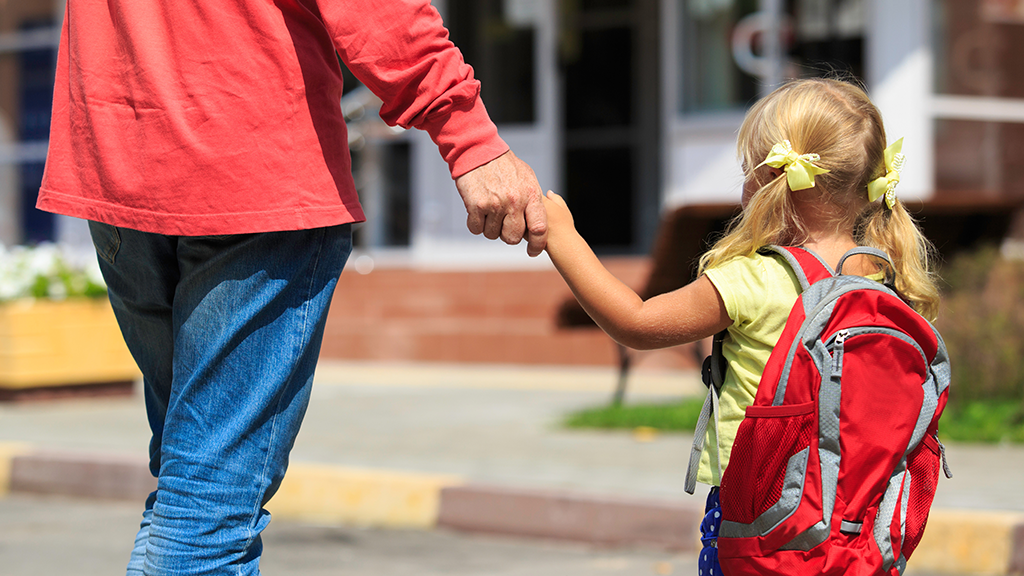 The first survey was conducted in late May, shortly before the school year ended, and days after an 18-year-old gunman fatally shot 19 students and two teachers in Uvalde, Texas. The second survey — both were done by independent research firms — was conducted in September, three weeks after the 2022-23 year started.

“We expected to see an increase in the fall, because the first was held as school was letting out, and we thought parents would be less engaged,” says Rick Kaufman, the district’s executive director of community relations and emergency management. “But when we started analyzing results from the second survey, their intensity about safety and their focus hadn’t changed one bit. What was it driven by? Uvalde.”

Kaufman says he is not surprised by that increase in parent fears, noting the nation has struggled this year with a series of high-profile mass shootings, not just in schools but also in places like a grocery store in Buffalo, New York (10 people killed), and a Fourth of July parade in Highland Park, Illinois, (seven dead). At the same time, gun incidents on K-12 campuses in 2021-22 were nearly quadruple the number reported in 2013, according to research by Everytown USA, a nonprofit that tracks school shootings.

“We’ve all become such consumers of information, and safety is such a top-of-mind concern, not just for parents and caregivers in the communities where this occurred,” Kaufman says.

“School districts have to put their focus and energies on the front end of these things because on the back end, no one fully recovers from this.”

Kaufman knows this firsthand. In 1999, he was the communications director for Colorado’s Jefferson County Public Schools when 15 people were killed and 24 injured at Columbine High School. Since that time, he has become one of the most knowledgeable and respected school communications professionals on the topic of safety, consulting with districts across the U.S. while leading the efforts in Bloomington, where he has worked for 15 years.

“Parents need regular and consistent reassurances that their child will be safe,” he says. “They need to know your district has a plan in place and that your staff is prepared to do everything they can to protect children. They need to know what they can expect as a parent when things happen. And this is not a one-time thing; you have new parents coming in every year who have concerns and questions. You need to keep them informed.”

For example, parents need to understand what scenarios can trigger a school lockdown or additional security measures. Being transparent about the ways you will communicate with parents will give them peace of mind.

“When something like this happens, parents should know that they’re not going to hear from the school right away, but that you will be in communication as soon as possible,” Kaufman says. “At the same time, parents should have the assurance that you’re doing what you’ve been trained to do, and what you’ve drilled to do over and over again.”

Exacerbating parent fears this fall has been a series of “swatting hoaxes” — when someone makes a false report to law enforcement about an active shooter on campus. More than 90 swatting incidents were reported in 16 states during the last two weeks of September, including 17 in one day in Minnesota.

Kaufman says he understands why parents are fearful, given the unsettled nature of the times everyone has lived in since the pandemic. He believes that’s one reason schools must double down on their efforts to communicate about safety.

“All it takes is a couple of people taking this macro stuff and then bringing it down into their neighborhood Facebook pages,” Kaufman says, noting that a Bloomington student who was killed in a shooting in a neighboring community this year drove local social media conversations for some time. “There is such a cycle when these things happen. Parents inevitably are just waiting for the next shoe to drop.”

In the aftermath of a school shooting, discussions about gun control and mental health inevitably become chicken-and-egg debates in which “everyone draws a line in the sand,” Kaufman says. Those conversations, he says, ultimately are not productive and only add to parent fears.

Kaufman continues: “The debate that communities get into when these incidents occur — it happened because of guns or video games — is missing the point. We’re not having the right conversation. The problem is what is going on in that person’s life. What is going on in this kid’s life that they are willing to get a gun and want to shoot others? If we’re not working to address the whole psyche of individuals, we’re only making ourselves more vulnerable in the long run.”