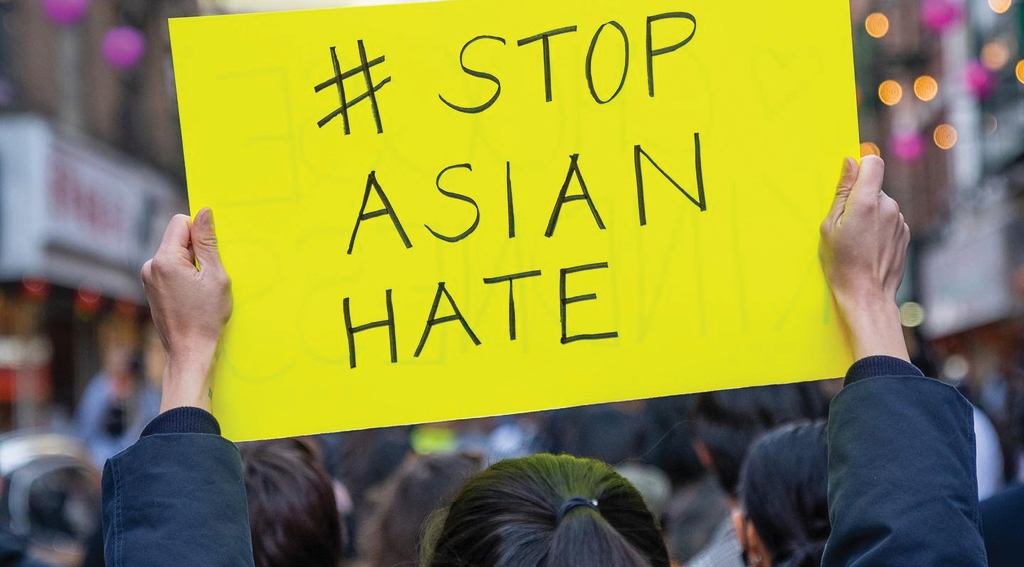 March 16, 2022, marked the first anniversary of the racially motivated Atlanta spa shootings. Across the U.S., the Asian American community remembered the victims by rallying together as a part of “Break the Silence,” a movement against anti-Asian racism and violence.

According to the Center for the Study of Hate and Extremism, ati-Asian hate crimes have increased by 339 percent over the past year. Unfortunately, this violence is not new. This rise in hate crimes fueled by xenophobic sentiment about the COVID-19 pandemic has only made the history of anti-Asian hate in America more visible.

How can we reconcile these incidents and grow from them? Understanding the Asian Americans and Pacific Islanders (AAPI) community’s challenges, hardships, and achievements is the first step in addressing this ongoing hate. Public education, school boards, and legislatures can play a big role in this effort by incorporating Asian American studies into the public school curriculum.

In other states, such as Maryland, New York, and Wisconsin, students, community leaders, and teachers have rallied to advocate for similar legislation but are facing considerable barriers. In the Maryland House of Delegates, Del. Lily Qi has pushed for Asian American studies. Qi introduced HB352 this year to establish an American Studies and Social Equity Standards Advisory Panel at the Maryland Board of Education. Based on similar legislation from several states and input from the community and local county school systems, this panel would review the development of model policies for baseline consistency of cultural competency in public education.

As a sign of progress, the Maryland State Superintendent’s office is now establishing a similar structure, an Asian American Studies Advisory Panel, made up of education and community leaders.

As the inclusion of Asian American studies in schools becomes a reality, we turn to the question of how to do it. We need to design a curriculum that accurately reflects the experiences of the Asian American community. It should enable students to learn about the history of Asian Americans in a productive way. States and districts have primary jurisdiction over education policy, so curriculums vary widely from school to school. Consequently, what American students learn about Asian Americans differs greatly. However, the one similarity that stands out is that what little is taught is inaccurate, unrepresentative, and exclusive.

The mandates introduced in Illinois and New Jersey do not provide any guidance on what this new curriculum should look like. What is covered in current history curricula about Asian Americans is limited to the Chinese Exclusion Act of 1882 and the Japanese concentration camps during World War II. The purposeful exclusion of other events in Asian American history disregards the United States’ lengthy history of colonization and imperialism that contributed to the Asian diaspora in America.

Individuals such as Dalip Saund, the first Asian American Congress member, or civil rights activists Yuri Kochiyama and Grace Lee Boggs have not yet graced the history textbooks in public schools. Without learning about these individuals and their contributions, the narrative that Asian Americans are “foreign” and don’t belong is reinforced.

Despite the difficulties that Maryland faces in passing legislation that mandates Asian American studies, leaders within the Howard County Public School System have made notable strides in promoting learning about the Asian American community in their public schools. While learning about collective responsibility, elementary school students learn about Korean American culture through the book Min Jee’s Lunch. High school students learn about different Asian American immigration experiences through the required U.S. History core class. Outside of academics, the district recently recognized the Lunar New Year and Diwali as holidays, and students are given time off to celebrate.

The successes of the Illinois and New Jersey mandates, and the efforts of activists, legislators, and educators in Maryland, New York, and Wisconsin, should be celebrated for making the struggles of the Asian American community more visible. Yet, this is only a promising beginning. Seeing Asian Americans represented and included in discourse about American history can build empathy.

There are immediate changes that can be implemented in schools and classrooms today that recognize and highlight the contributions of the Asian American community. Simple gestures such as celebrating Asian holidays, including Asian American literature in English classes, and teaching about Asian American trailblazers are good places to start. Let us all move toward a brighter, more inclusive future.