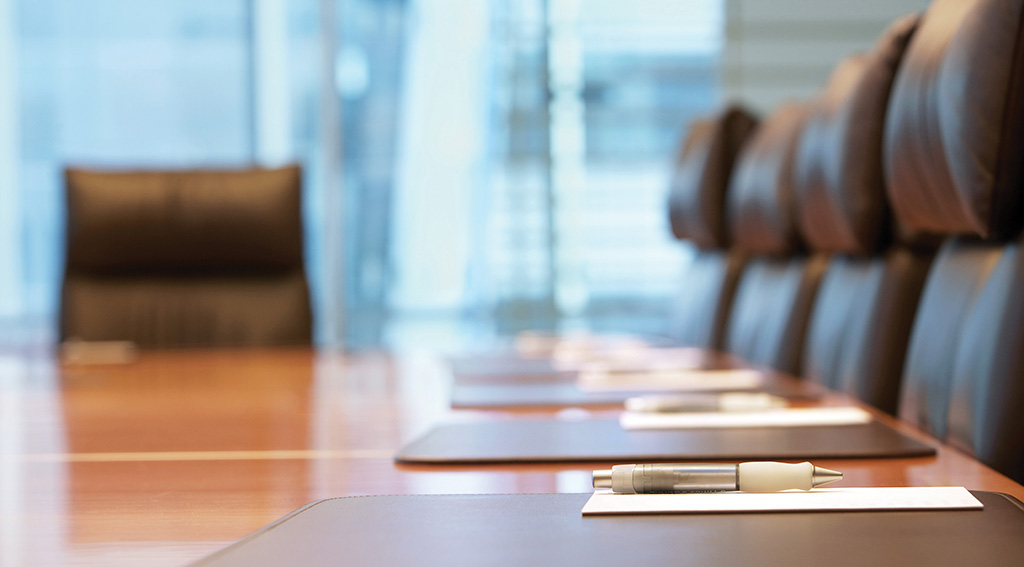 Marques Ivey is not shy about stating his opinions, but only after methodically thinking them through. It’s a trait that has served him well as a trial attorney in the courtroom, on his local school board until last fall, and as a member of the National PTA’s board of directors.

“The fact that school boards have become a playground for politicians is the most sickening thing out there to me,” says Ivey, who was chair of Colorado’s Aurora Public Schools board for two of the four years he served.

He pauses. “It’s become another political arena, another steppingstone for people with agendas. And that doesn’t help anyone.”

Recently, Ivey and I had a 45-minute conversation about public engagement, his tenure with the Aurora and National PTA boards, and what he sees as the biggest challenges to local districts that have become mired in battles over COVID-related policies, mask mandates, virtual education, and issues such as critical race theory.

Ivey, whose wife is a teacher, had three children in Aurora’s schools when he became part of a progressive slate of candidates that formed a majority of the seven-member board in 2017. With nine candidates running for four seats to govern the 35,900-student district, the election was the most expensive in the city’s history at a cost of $1 million.

Having served on the National PTA board of directors for several years, Ivey was the only new member with prior board experience, so he was named chair during his first meeting. His approach, he says, was to get everyone to “promote the positive and promote our strengths,” while telling community members, “Here are our weaknesses, and this is where we want your input.”

“School boards need true training, especially when they’re new, on how all this works. Too many do it late and don’t do it enough,” he says. “New members come on with agendas, thinking they have authority when they may have gotten 5,000 votes in a community of 200,000, without training or a basic understanding of Robert’s Rules of Order. They don’t understand that this is a job. Posturing and not listening doesn’t do anyone any good.”

When he was chair, Ivey says the board asked the district’s leadership team to take thorough notes that were focused on outcomes. If someone spoke during the open comment portion of the meeting, a leadership team member was asked to talk to that person afterward with the promise that someone would get back to them with a response to questions or comments.

“When you’re engaging the community, even if it doesn’t come out the way a person wants, they want to know they’ve been heard, that you’re listening, that you’re taking notes, and that you’re actively engaged,” he says.

After two years as board chair, Ivey stepped back from his role. When the pandemic hit, the board, superintendent, and community members disagreed about how students should return to school. The district, at the board’s direction, became the first in Colorado to go remote in the fall of 2020. Later, it was the first to implement a hybrid model.

“It was a tremendously difficult time,” Ivey says, noting the debate around reopening schools created fissures between all three groups. “I thought we were making progress, but when COVID hit, there was almost a complete pendulum shift to the opposite end. It became about things like, ‘We don’t want masks. We don’t believe in vaccinations. Don’t teach CRT.’ It was mindboggling for me.

Throughout the debate, Ivey says he became a firm believer in town halls that “give people an opportunity to have a true civil discourse.” But he says there should be “stern parameters” around these meetings, noting that keeping a relentless focus on facts instead of the cultural and political speech is critical.

“When we were in town hall meetings, and CRT came up, I would tell people, ‘In law school, I learned about CRT and the intersection of racism and how laws were created. It was difficult for some of my law school classmates to grasp, and that’s a fact. Why would you think that we’d be teaching something like this to students in middle school or high school?’”

When Ivey became a magistrate, state law prevented him from serving on the school board. At the time, he also was president-elect of the National PTA but decided to resign from that board to devote time to pursuing his lifelong career dream of being a district court judge. He still provides informal training and is a presenter for the PTA and remains passionate about keeping parents engaged in schools.

“When you’re talking about engaging parents, you should be talking about all parents, not just those who make noise. If you don’t, then you let the people who have thoughts and beliefs with no facts run the show,” he says. “To me, at the end of every board meeting, you need to be able to list how you talked about the needs of students and educators or whether you were strictly meeting about nonsense that did not affect students’ lives. That’s what school boards should be about: students and educators. At all times.”

(After this article was published, Marques Ivey received an appointment as a county court judge for Colorado’s 17th Judicial District.)