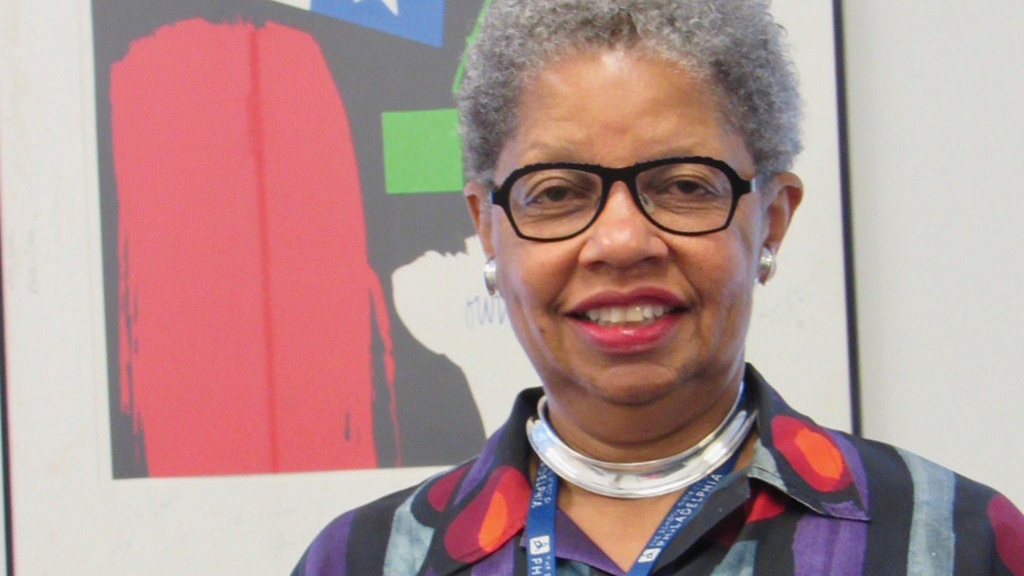 PHOTOS COURTESY OF THE SCHOOL DISTRICT OF PHILADELPHIA

An attorney by training, Wilkerson’s widely respected managerial skills and political acumen also served her well as a mayor’s chief of staff and a university president’s senior advisor.

It was while working at Temple University in 2016, focused on community relations and development, that Wilkerson was tapped to serve on Philadelphia’s School Reform Commission (SRC). Created in 2001, the SRC functioned as the school board when the School District of Philadelphia was placed under state control. Shortly after accepting the SRC position, Wilkerson was appointed commission chair.

During that two-year tenure, she oversaw the creation of a new teachers’ contract and the restoration of local control for the school district.

The pivot to a board of education and local control already was under discussion by state and city leaders when she joined the SRC, Wilkerson recalls. When asked to lead the reinstated school board, she accepted because “I had become convinced that there was no more important issue than doing better by our children in Philadelphia.”

In recognition of her decades-long commitment to public service, especially her work to strengthen the School District of Philadelphia in its mission on behalf of nearly 200,000 students served across district-operated, charter, and alternative schools, Wilkerson was named the 2022 recipient of the Benjamin Elijah Mays Lifetime Achievement Award.

Presented by the National School Boards Association’s (NSBA) Council of Urban Boards of Education (CUBE), the award is named after the late Morehouse College president, scholar, minister, civil rights advisor, and long-time member of the Atlanta Board of Education. As a board member, Mays worked tirelessly to provide equal educational opportunities for children.

The Mays Award was presented to Wilkerson in December at the CUBE Annual Conference in Miami.

“Over her 40-year career, at every level of public education, Joyce Wilkerson has championed the education and uplift of students in urban schools,” says Micah Ali, chair of the CUBE Steering Committee and chair emeritus of California’s Compton Unified School District Board of Trustees. “She has dedicated herself to improving the welfare and opportunities for students and the communities where they live.”

“Like the namesake of the Benjamin Elijah Mays Award, Joyce Wilkerson exemplifies the highest level of integrity and carries the mantle of a true servant leader,” adds John Heim, NSBA’s executive director and CEO.

’Part of the DNA’

Raised in Cleveland, Wilkerson traces her commitment to public service, civil rights, and ensuring justice, equity, and access to being a direct beneficiary of the opportunities created by 1954’s Brown v. Board U.S. Supreme Court ruling.

“My education started about the time that decision was rendered, so civil rights was a huge part of the atmosphere,” she says. “It was almost part of the DNA at the time.” In 13 years of school, “I only missed one day,” she notes, “and that was because Black people were boycotting Cleveland schools to protest segregation.”

Like others seeking better education opportunities for their children, Wilkerson’s parents eventually moved the family to the Cleveland suburb of Shaker Heights. Despite the area’s promise as an education utopia, however, Wilkerson recalls that most Black students at that time were tracked into Shaker Height’s lower-performing schools. Even years later, after she had graduated and left Cleveland for college, some Black students in the school system still experienced the bite of racism that said they didn’t have the ability to excel there. Her younger sister, for example, was thrown out of an AP math class during a test because “the substitute teacher didn’t believe that a Black kid could be in AP math,” Wilkerson says.

While enrolled at Mount Holyoke College in Massachusetts, Wilkerson took a year off and landed an entry-level job with the NAACP in New York, hired by the legendary civil rights leader Roy Wilkins. She returned to school, completing her undergraduate degree at the University of Pennsylvania in Philadelphia and law school at the University of California, Berkeley.

The newly minted lawyer took a job with a legal services program in California. “I think I saw the issues of poverty and income disparity as being an extension of the civil rights movement,” Wilkerson says.

Once back in Philadelphia, she worked as an attorney representing public housing tenants before working on housing issues with the Philadelphia Redevelopment Authority. In the years that followed, there was a series of high-level posts and board appointments focused on making cities better, more equitable places for families and children to live and learn in.

Wilkerson also helped to expand the nation’s understanding of its history. She led an oversight committee that worked with the National Park Service (NPS) on a project to bring to life the long-obscured story of nine enslaved people who toiled at the site of the nation’s first executive mansion.

“Most people probably don’t know that George Washington kept Africans enslaved in the first White House in Philadelphia,” Wilkerson says. Along with ensuring that those individuals would be recognized at the national park site, her committee authorized an archeological dig that uncovered the foundation of the kitchen where the enslaved workers prepared meals for the President’s household and the passageway they used to carry those meals to the executive mansion.

Guaranteeing that the “community’s voice” was centered in planning a national installation and elevating the story of the men and women enslaved at the site is something “I’m real proud of,” Wilkerson says. Today, visitors from around the world visit and learn from The President’s House: Freedom and Slavery in the Making of a New Nation. The NPS site is located just steps from the Liberty Bell Center.

Former Philadelphia Schools Superintendent William Hite began working with Wilkerson when she was selected to lead the SRC in 2016. In a nomination letter, he praises “her partnership in the face of very difficult circumstances, steadfast ability to galvanize her colleagues and key stakeholders in the community, and her focused and collaborative leadership style.” Those qualities can be “credited as a key element of the turnaround of the school district,” Hite writes. 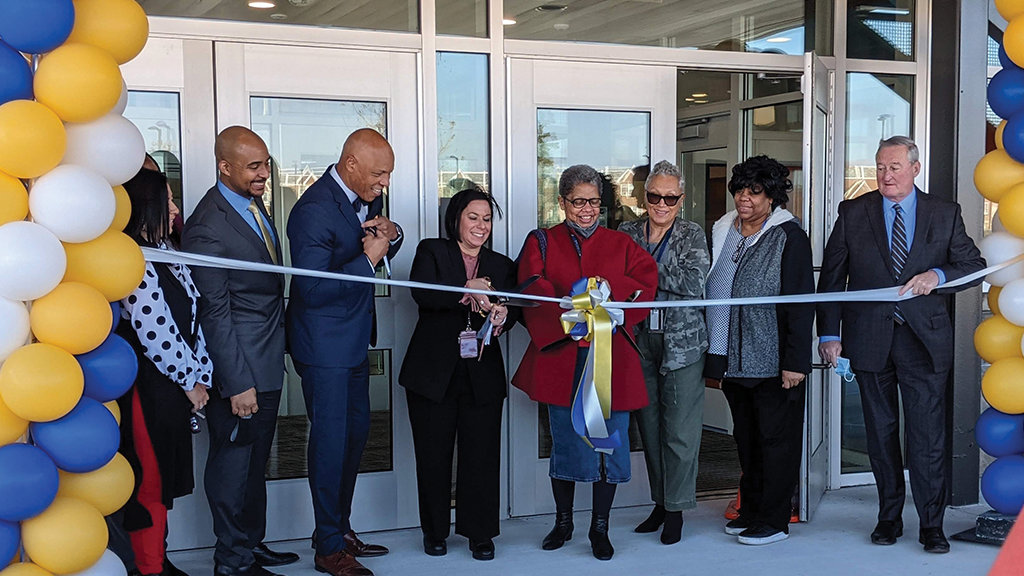 Current superintendent Tony Watlington Sr. says that “her leadership has been instrumental in helping the district to achieve significant educational milestones.” He points to the restoration of the district’s investment grade rating from Moody’s Investor Services for the first time since 1977; creation of a student-centered investment strategy that has yielded the highest level of teachers and other support staff in schools in more than a decade; providing more career and technical education programs and more Advanced Placement and dual enrollment courses in schools; the opening of the state’s first middle college program; and rising graduation rates “all of which contributed to four consecutive years of improvements in our schools through 2019 (pre-covid).”

Watlington’s nomination letter says that Wilkerson is “all that we aspire our students to be—a selfless leader, a passionate advocate for what she believes in, kind, respectful, and relentlessly focused on making the world better for others, especially young people.”

“She has worked tirelessly with board members to advocate for fair funding of education in Philadelphia by the state and the city, the school district’s two main funding sources,” adds a nomination letter by Sithi Bucciarelli, board of education chief of staff.

Leticia Egea-Hinton, vice president of the nine-member appointed board of education, notes that under Wilkerson’s leadership, the board established “goals and guardrails” that guide “the district’s strategic path forward by clearly defining what we want all our students to know and be able to accomplish as well as the conditions needed in every school to empower all students to succeed in and beyond the classroom.”

This focus has “begun to transform the way the School District of Philadelphia is budgeting and planning to move the needle in student achievement for all our children,” Egea-Hinton writes.

As in many school communities across the country, COVID presented setbacks to the district’s forward momentum, forcing it to “recalibrate,” Wilkerson says. “We’ve got a lot of work to do still” in the area of achievement, and doing a better job explaining goals and guardrails to families will help, she says. “We use goals and guardrails as a governance tool, but it’s something that also applies to schools. 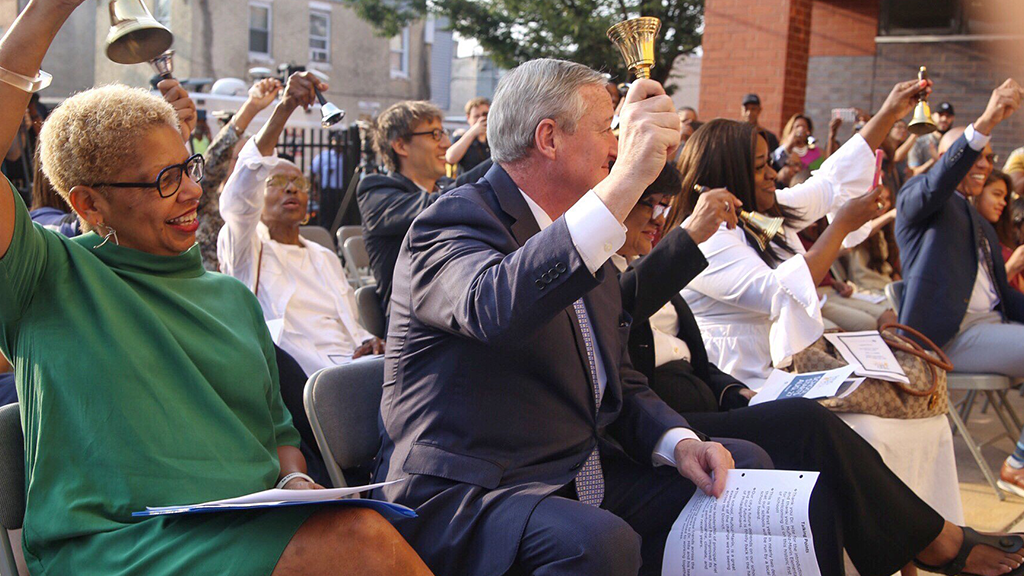 Wilkerson, Philadelphia Mayor Jim Kenney, and others "Ring the Bell" to celebrate the start of a new school year.

“My dream is having families go to meetings with their principals and say, ‘Let’s talk about Goal Number Three. Where are we? What are you doing about it?’ With that kind of focus, I think we will begin making real headway.”

In considering her contributions to public education in Philadelphia, Wilkerson says she’s proud that she’s been able to use her skills to help the district maneuver through some “thorny issues, and I was able to use a lot of what I’ve learned over the years.

“I’m proud that I stayed focused and have been committed to equity and to improving the lives of children and the lives of people of color,” Wilkerson adds. “I have a career I’m proud of.”